After trading their former lives on the sea for a life on the road, Paul Dorr and Clint Valentine of Rockland, Maine, made their way into Natchez Monday afternoon on their bicycles.

Dorr, a former cook, and Valentine, a former deckhand on the schooner Nathaniel Bowditch in Rockland, decided this past summer that they would make a trip cross country on their bicycles to raise money for breast cancer research for the Susan G. Komen Foundation.

On Oct. 25, they left on their 5,000- mile journey in honor of Dorr’s mother who lost her battle with breast cancer. They plan to make it to San Diego, Calif., by the end of March.

They ride approximately 40 miles a day, stopping in the majority of the towns they ride through and learning about the area.

“Every day is a history lesson,” Dorr said.

They also enjoy meeting the people in the towns they visit, and through them they collect donations for breast cancer research, as well as, promote their Web site, www.teambowditch.com, where people can make a donation and track their journey.

“The people we have met have been so supportive,” Dorr said. “That’s what we’ll remember the most.” 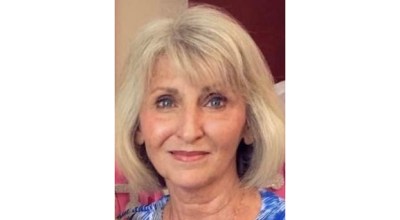