VIDALIA — Many times, disappointment will cause a team to regroup and come back fired up the following year — and that proved true for Vidalia High School this past season.

Talent and coaching both played a part in the Vikings’ magical season, and head coach Robert Sanders had a huge weapon in senior forward/center Torrey Dixon. Because of the individual accomplishments by both, they have been named the 2010 All-Metro Coach and Player of the Year.

Although Dixon led Vidalia in points per game (26), rebounds per game (12) and blocks per game (4.8), he said his individual accomplishments are never in his mind during a game.

Sanders said Dixon has exhibited a lot of growth after the four years spent going through his program.

“He’s grown from his freshman year up until now,” Sanders said. “When he was younger, we tried to get him to go inside more, but he wanted to be an outside player. By the end of his sophomore year, he became more of a complete player.”

Dixon said he’s OK playing inside or shooting around the perimeter.

“I’m comfortable on both sides,” Dixon said. “I can score outside and inside. This season, I was pleased with how I used my strength to my advantage. I also had good anticipation skills of where the ball was going, and my jumping ability and size were good.”

And those qualities are what the Viking faithful will miss most about Dixon, Sanders said.

“I know the crowd will miss Torrey because of his under-the-rim antics,” Sanders joked.

The disappointment of losing in the championship game last season made things all the sweeter after winning it this year, Dixon said.

“It was really satisfying, especially having the redemption to go along with it,” Dixon said. “Winning and getting redemption is really great. I don’t remember feeling anything close to being this good (in my career).”

As for Sanders, getting a state championship after coaching for 19 years is a definite highlight of his career.

“It’s very satisfying,” Sanders said. “As I stated all the time (this past season), the community, school and even the players themselves had high expectations for this team before the season even began.”

And even though he’s a seasoned veteran, Sanders said he learned a few things this year.

“You just have to be thick-skinned, patient and treat everybody equally, regardless of whether they’re regulars or reserves.” 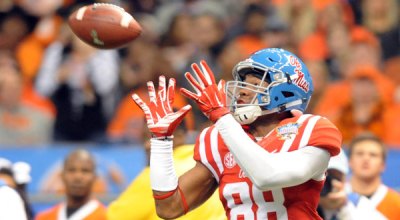 March Madness is as good as it gets