NATCHEZ — For nearly an hour, it looked like the team of Richard Edgin of Natchez and Justin Elliott of Hattiesburg was going to win the championship flight of the 2010 Pilgrimage 4-Ball Invitational at Beau Pré Country Club.

After all, Edgin and Elliott shot a final-round 4-under-par 68 to finish with a two-day score of 135, and many of the other contending teams were having a difficult time dealing with the elements on Sunday afternoon.

But everything changed on the final hole.

Marc Noel and Cade Hebert of Abbeville, La., were in danger of finishing in second place until Hebert made a 20-foot, uphill putt that gave them an eagle-3 on the par-5 18th hole to force a sudden-death playoff with Edgin and Elliott despite a final-round score of 2-under-par 70 after firing a 65 on Saturday.

On the second playoff hole, the menacing par-3 16th hole, Hebert’s tee shot from 168 yards landed in just the right spot for him to make a short birdie putt that ended the playoff and gave his team the victory while Edgin and Elliott had to settle for second place.

“I don’t know what to say,” Herbert said. “I guess in all golf shots, you prepare and execute. I really didn’t make a putt all day until 18. I’m ecstatic.”

Believe it or not, Hebert thought the eagle putt he drained into the center of the cup on 18 was for the win and not a playoff.

“Today I didn’t play so well. Marc kept telling me to hang in there and never give up. It was a struggle all day,” Hebert said. “We had an eagle, two birdies and three bogeys going into 18. Marc eagled 8 again. Going into the playoff, I had the confidence to make the last putt.”

It appeared like Noel and Hebert were going to end the playoff on the first playoff hole, No. 15. Yet somehow Edgin and Elliott managed to save par after terrible second shots. Noel and Hebert both had excellent tee shots right into the middle of the fairway and both were within 100 yards of the hole. But two not-so-good second shots kept Edgin and Elliott alive and the playoff continued.

But before the winning putt was even thought about, Noel and Hebert talked about what club Hebert should use on his tee shot on 16. Hebert went with a 6-iron and his tee shot landed within 10 feet of the hole. And just like the playoff-clinching putt, his birdie putt on 16 landed right in the heart of the hole.

“It was dramatic,” Noel said. “We struggled all day. We slowed down on the back nine. Had a couple of bogeys. On 18, we both agreed on the read of the putt. Our motto of the day was staying patient and we proved that until the end.”

Casey Ham and Jeff Anderson, both from Natchez finished in third place after a round of 2-under-par 70 to finish with a two-day score of 137.

Two teams finished tied for fourth place at 138 – Gary and Jordan Farmer, who shot a final-round 68, and Chuck Fields and Pete Powell, who managed to shoot a 71.

“Jordan played really well. He missed a few putts, but shot a 69 on his own. I didn’t help him much, only one shot,” Gary Farmer said.

Travis Hebert and Dustin Harris of Lafayette, La., shot a 4-under-par 68 to finish at 139 and held off Bill Byrne and Greg Brooking of Natchez to win the first flight by a mere one shot. And they did it in their own dramatic fashion on holes 15 through 18.

“We kind of settled in. The group we played with pushed us,” Travis Hebert said. “Dustin, on 18, hit a screaming 3-wood and two-putted for birdie. Hung on for a few pars early on the back side, on 12 through 14. Wind started picking up late. It was a fun round. We had six birdies and two bogeys.”

Brooking and Byrne shot a 69 to finish with a two-day score of 140.

“We played with some good players in Dustin and Travis,” Brooking said. “Bill played really good. He’s a good wind player. I just couldn’t play very well in the wind. We had six birdies. They finished birdie-par-birdie-birdie to beat Bill and I by one.”

Tripp Bryant and Richard Criswell, another local team, finished in third place with back-to-back rounds of 72 to finish at 144. First-round first flight co-leaders Craig Bradford and David Heard struggled on Sunday and shot a 3-over-par 75, but they did manage to finish in fourth place with a two-day total of 146. 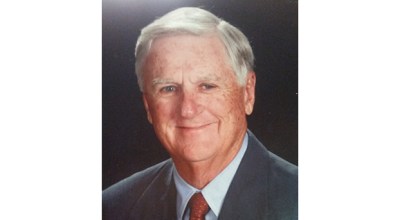 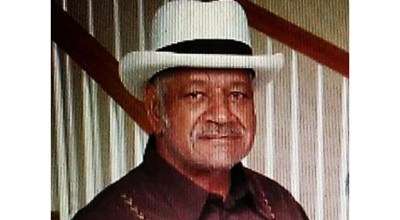