FERRIDAY — A Ferriday man joined his brother and three others in jail as the fifth person arrested in connection with an early April murder.

The murder charges stem from the April 3 fatal shooting of 25-year-old Reginald Green, who was gunned down as he sat in a parked SUV in the 800 block of Alabama Avenue. He was shot numerous times in the torso and head with a .223-caliber assault rifle.

Three other people in the vehicle at the time were uninjured in the shooting.

Butler allegedly drove the vehicle the alleged shooter in the crime — Bryant LaKeith Bethley — rode in while leaving the scene of the crime, Ferriday Investigator Dennis Cowan said.

The fourth suspect in the case, Andreas M. Cauley, 34, 332 Doty Road, was arrested April 8 on charges of accessory after the fact to murder and obstruction of justice because he allegedly threw the murder weapon into Black Bayou. Agents from the Department of Wildlife and Fisheries later recovered the weapon.

The fifth suspect, Derrick Dewayne Bates, 29, 738 Louisiana 573, St. Joseph, was charged with accessory after the fact to murder because he was reportedly at the residence where police found Bethley. Bates was reportedly hiding. 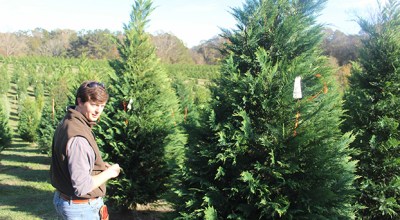 Natchez-Adams Softball League all about fun