NATCHEZ — The location of the Rhythm Night Club memorial on the Natchez bluff might throw off some tourists, but local historians argue it should stay put.

Alderman James “Ricky” Gray brought up the issue at last week’s Natchez Board of Aldermen meeting.

Gray said the memorial to the 1940 tragedy that killed 209 people should be moved to the club’s original site on St. Catherine Street.

The Natchez Civic and Social Club of Chicago privately funded the memorial, which has sat between the gazebo and Silver Street on the bluff since 1940, said Darrell White, director of the Natchez cultural heritage tourism and the Natchez Association for the Preservation of Afro-American Museum.

Major Jake Middleton said at Tuesday’s meeting that he has met with Monroe Sago, the owner of the recently erected Rhythm Night Club Museum about the memorial’s location.

Middleton said Sago asked if it was possible to move the marker to the original site, where the museum sits.

Sago told the mayor the Mississippi Department of Historic Archives and History indicated the city had jurisdiction over deciding if the monument could be moved, Middleton said.

The Natchez Monument Company assessed the monument at the mayor’s request and determined the 70-year-old structure could probably not sustain a move, Middleton said.

Middleton said Monday that the issue has become a moot point as far as relocating the monument, but that it’s possible the city could consider placing some other placard with the victims’ names or a smaller monument at the original site.

Natchez National Historical Park Superintendent Kathleen Jenkins said the group in Chicago likely had relatives or knew some of the victims in the fire.

She said the great migration, which ended a decade before the fire, likely brought many black Natchezians to the cities in the Midwest, such as Chicago and Detroit.

“We need to respect the intent of the original donors,” Jenkins said.

Jenkins said it is natural that the donors chose the bluff as the location for the monument because it would get more exposure than the original site.

White said Monday the bluff area can serve as an introduction into the city for tourists, which makes the location of the original marker appropriate.

White said black males used to congregate on the bluff in the early years of the depression to look for work.

“They used to assemble in that area hoping to get a job for that day,” White said.

White said the bluff was also the location of the Freedman’s Picnic after the end of the Civil War.

The picnic was a parade of freed slaves that started at the bluff in 1867 and paraded to the grounds of Longwood, which was the largest assembly of people in Natchez until 2005 when the Red Cross handed out money to Katrina victims, White said.

White said former slaves who had fled Natchez came back for the picnic.

“By sitting in the city park on the bluff, the monument anchors the tragedy as a very important

component in the span of Natchez history that affected hundreds of families throughout the entire community,” Jenkins said. 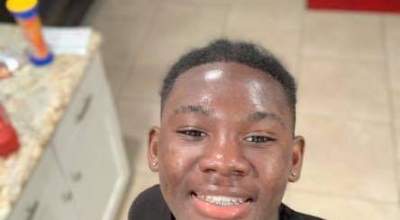