NATCHEZ — Work is being done on the final section of the flyover, and the Mississippi Department of Transportation anticipates having traffic traveling on permanent routes by March 2013.

The flyover will not be completely finished by then, MDOT District Engineer Albert White said, but all that will be left will be finishing touches.

The project was delayed because part of the concrete did not set properly, and scaffolding fell on part of the bridge deck.

Construction crews picked up night shifts to catch up on work, but White said crews are now working only during the day.

“But they’ve stepped it up, they have several crews out there during the daytime,” he said.

Work is being done on the south end of the bridge, and it should be paved in the next few weeks, White said. Crews are also continuing to work on the retaining walls on the north end of the project.

A traffic swap will occur sometime in the next month to allow crews to finish the middle section of the bridge, which is the last section to be completed.

One of the major objectives of the $19.7 million flyover, Smith said, is to direct 18-wheeler truck traffic over the intersection instead of truck drivers making a left turn at it. He said the flyover should shorten delay times at the intersection. 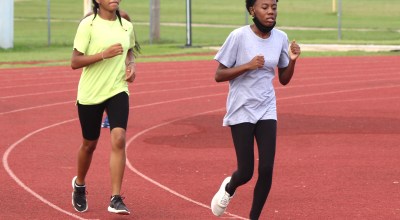