NATCHEZ — Jan Byrne has spent most of her life making a difference in her students’ lives.

Because of Byrne’s dedication, the Delta Kappa Gamma International Society for Key Women Educators awarded her many years of service with the 2013 Red Rose Award, which is given for “outstanding work and achievement in the field of education.”

Byrne, who worked full-time as a math teacher at Copiah-Lincoln Community College until 2011, said she was thrilled to be the recipient of an award handed out by other educators.

“What could be better than having your peers think highly of you,” Byrne said. “I think it ranks probably right at the top (of all the awards I’ve won). At this stage of my career, you don’t expect to receive any awards.”

As a past recipient of Co-Lin’s High Performance Award and a six-time recipient of the Who’s Who Among America’s Teachers award, Byrne said her co-workers and students at Co-Lin have made her experiences as an educator worthwhile.

“My co-workers are just fabulous, and the students are so motivated and conscientious,” she said. “They’re really pushing to do well.”

“I think it’s wonderful,” Morrison said. “Students still come back years later and tell her how much they enjoyed her (math) classes. It tells you how important a role she played in their lives.”

After teaching for four years, Byrne took a break from education in order to raise her children. She returned to teaching in 1975 and began at Co-Lin part-time in 1989. In 1995, Byrne moved to a full-time role at Co-Lin as an algebra teacher and head of the Hub lab.

Though she’s retired from full-time teaching, Byrne still works 19 hours a week as the head of the Hub lab, helping students who need extra assistance with their schoolwork.

“It’s good to have something to do every day,” Byrne said. “If a student is struggling at closing time, I’ll stick around and help.”

A third-generation educator, Bryne said her grandfather and father played a big role in her becoming a math teacher. Her grandfather, Dr. Joel R. Hitt, was head of the math department at Mississippi College for decades, and her father, W.R. “Billy” Priester Jr., taught math and coached football at Cathedral and Ferriday high schools.

“When my grandpa was lying in bed sick, we used to hold hands and differentiate equations,” Byrne recalled.

Teaching was more than a career for Bryne — it was something she genuinely enjoyed, she said.

“I love teaching,” Byrne said. “I just enjoy students, and I enjoy them looking at me and seeing a click go off in their head, like them saying, ‘I understand that.’ I like to make teaching fun.” 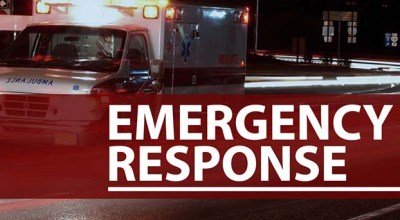 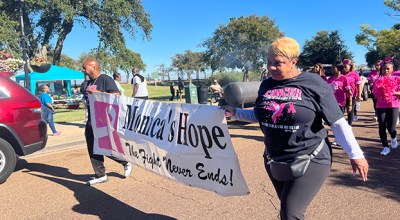