FERRIDAY — Less than a month ago, the Ferriday Lady Trojans were 15-2 with a a run at a state championship seemingly on the horizon.

On the highly successful squad, the Lady Trojans had an All-Metro Player of the Year nominee in Jada Griggs and one of the brightest freshmen in the area in Kesia Mason lighting up the score column night-in and night-out. Then, Griggs and Mason were abruptly kicked off of the team for being arrested on charges of disturbing the peace by fighting and cruelty of a juvenile. The loss of those athletes immediately took its toll.

Absent of Mason and Griggs for the first time on Jan. 30, the Lady Trojans lost to General Trass 61-27 in Ferriday’s worst loss of the season. The team has since lost four straight games, and what was once a promising season is now succumbed to mediocrity because of circumstance. Ferriday is currently 18-9 on the season, and despite everything that’s transpired, Ferriday head coach Lisa Abron is trying to make the best out of an unfortunate situation.

“I was telling my mom the other day that this is probably one of the hardest season I’ve had in my 22 years of coaching,” Abron said. “But I’m a strong person, and I’m a resilient person. We just have to move on from it. Learn from it and move on.”

Abron’s never-quit attitude is exemplified through her players, who have each accepted more responsibility in the past few weeks. Leading the charge is junior Lakeshanna Harris, who has ran point and created a spark with her defensive effort.

“I was kind of happy about getting that responsibility, but I wasn’t so happy about seeing my teammates leave,” said Harris, who scored 20 points against Jonesboro-Hodge Tuesday night. “It’s a little hard because when they were here I used to depend on them, but now, I’ve got to step up and do everything they used to.”

Abron has stressed to her team that everyone has to step up, and she’s seen them do that. Despite coming up short in ballgames since Griggs and Mason’s absence, Abron said the team has progressed and started to realize that they can be a team without their two starters. With a playoff berth already sealed, Abron is hoping her squad can dig down deep and finish the season strong.

“I just had to keep it together the best way that I could,” said Abron, describing her emotional message to her team. “I still have a job to do. We’ll make the playoffs which was one of our goals, and we have to make the most of it.” 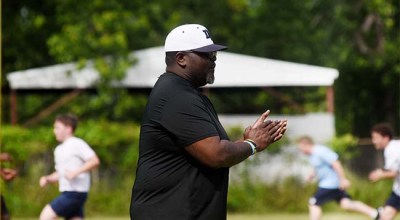 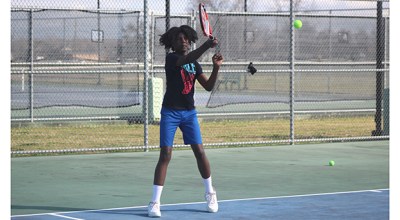