How we make amends for silence

Reading about the horrors of the Parchman Ordeal that took place 50 years ago brings so much shame and sadness to me it is difficult to sleep. The film was shown last Thursday at the Literary conference. Stanley Nelson also received the Richard Wright award for his book “Devils Walking: Klan Murders along the Mississippi in the 1960s.”

Both the film and the book bring to life the inhumane treatment my fellow African American Natchez citizens received for trying to speak up against the senseless violence that was being inflicted on so many for merely wanting the simple rights they were guaranteed under our constitution.

To think that humans were treated with such inhumane measures and then to have it never mentioned again by anyone makes us all guilty of silence.

I hear people say, “Well I am not to blame. I didn’t know about it!”

I was here in Natchez as a young adult, just out of college, married, just pregnant, starting to teach school, and I knew horrible things were going on, but I did not know the details.

How can our white society beg forgiveness for the greatest crime of all — silence? First, we need to know what happened, unpleasant as that is. We need to acknowledge what our ignorance allowed. The people in the German towns around the concentration camps at the end of World War II were forced by the Alllied forces to go into the camps and see what their silence did to the Jews. They were forced to bury the bodies. Films were made so future people could not deny the reality. School children today have to study the Holocaust as a part of their German school curriculum.

We here in Natchez all have to know what killings and beatings were inflicted on the blacks who dared step out of their submissive role during the Jim Crow and the civil right days. It must be a part of our school curriculum so it will not happen again.

Next we need to get on our knees and beg forgiveness and ask so many blacks to teach us how not to hate, because so many have made the choice not to.

And we need to hold the hands of those victims one at a time and tell them we are sorry for their pain.

To make living amends we must start by being vigilant to the injustices and the pain of those around us. We must work for justice, kindness, and empathy. We may not be able to fix the past, but we can look around us and feel the pain of people struggling to provide for their family and get involved to help.

We need to speak up and ask questions about issues.

Why couldn’t we have let those people march after George Metcalfe’s car was bombed? How could so many people be in the Ku Klux Klan, including law enforcement? Why couldn’t we have given blacks their simple demands: to vote, to be called Mr. and Mrs., rather than “Boy,” to be hired as policemen and fire fighters, integrate our schools, etc. Our silence made us all perpetrators of horrible injustices.

If you have not read Stanley Nelson’s book or seen the movie “The Parchman Ordeal” you need to do so. And make your children and grandchildren do so also.

To all the families who have carried these scars in your body and soul, I am so sorry for what I did not do. I hope we can meet in person and tell you in person.

Let us come together as a community and reach out together. Perhaps we could build a monument similar to one I saw in Germany that read, “Never again shall we hide our heads in the sand.”

Message still true: We will unite in wake of tragedy 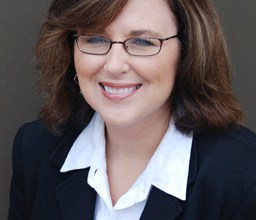 For Liberty and the salute of labor