It was March 20, 1817, when a meeting was held at Pleasant Hill home of John Henderson, before it was moved. The purpose was to establish a presbyterian church in Natchez. Under the ministry of the Rev. Daniel Smith, the First Presbyterian Church was formally organized.

The house of worship was built and completed high on a hill at the present site. That first building was replaced with a newer and larger sanctuary around 1828-29 after the hill was graded down to the present lower level. The galleries were added in 1851 and an additional 16 feet was made bringing the seating capacity to 800. In 1900 Stratton Chapel was added and completed as a memorial to Dr. Joseph Stratton, who served to congregation for over 60 years.

There have been twenty ministers for First Presbyterian. The current ministers are  The Revs. Noelle and Denny Read. They arrived in November 2009 with one son, Ethan. In March, they had triplets. The church members became their extended family in helping care for their four children.

In 1995, Stratton Chapel became the home of the Natchez in photographs collection; a large collection on exhibit of images of people and locations donation by Dr. Thomas and Mrs. Joan Gandy, that tell the story of Natchez in the nineteenth and twentieth centuries.

In 2000, a capital building improvement campaign began to remodel the education building to include a state approved child-care facility; restoration of the 1927 Möeller pipe organ. The project was completed in 2004.

Today there is a program of religious activities, including women’s circle groups, the men’s prayer breakfast group, Sunday school classes for all ages, a hand bell choir, a sanctuary choir and children’s activities. A special worship occurs in October with The Kirkin’ of the Tartans, which recognizes the beginning of the Presbyterian Church in Scotland, and includes a bag piper and blessing of the Scots families.

We are proud of our Scottish heritage and our church and we look forward to a bright future. Come worship with us at 10:30 a.m. Sunday. Help us celebrate 200 years. Everyone is invited to bring food for the covered luncheon after the service, in our education building. Our special guest minister will be former member the Rev. Joan Gandy, now of Rock Creek Presbyterian Church in Erwin, Tennessee.

See you Sunday at the rededication service.
Kay McNeil is a member of First Presbyterian Church in Natchez.

Ask me about the Symphony 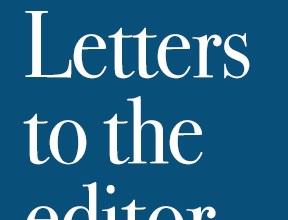 Judicial system unfair to victims and their families

Sheriff: Reasons why dispatch should be its own entity