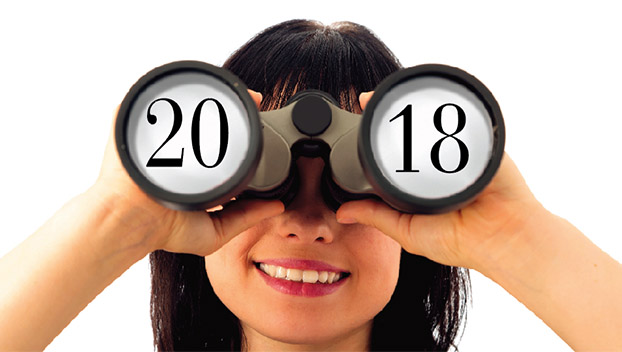 NATCHEZ — The wish list of area leaders for 2018 includes progress on the Interstate 14 project, more jobs and more tourism.

Natchez Mayor Darryl Grennell said he hoped to see progress around the states of Mississippi and Louisiana on I-14, an interstate project that would potentially use the U.S. 84 corridor, projects moving forward including the National Park Service taking over the Natchez Visitor Reception Center and seeing FOR Natchez’s plan for enhancing downtown.

“If everything moves forward as planned, we have a lot to look forward to,” Grennell said. “We have a lot on our plate to work toward.”

Grennell said he anticipates the FOR Natchez plan will be ready in February, and the city is working on infrastructure grants to go along with improving downtown.

“We need to make sure that the grant coincides with the plans for downtown Natchez, so we can enhance infrastructure as it relates to the plan,” he said.

Recreation is also important, and Grennell said the Liberty Park swimming pool would come online during 2018. Grennell said he would also like to build a fitness park for residents and tourists alike.

Members of the Mayor’s Youth Council are working on a location for the fitness park, which is an outdoor court with various exercise equipment that would require little-to-no maintenance.

Grennell said he would also like to see Natchez Fire Department get a new ladder truck. Grennell said the city was not approved for a $900,000 grant, but he and fire Chief Aaron Welsey are attempting to come up with a creative way to raise money.

“It will help improve fire ratings, and primarily, it is for saving the lives of people who are victims of fire,” Grennell said. “That is the primary focus.”

In 2018, Natchez Police Department will begin to utilize the Adams County Jail operated by the county sheriff’s office. Grennell said it will save the city significant expense. Officers will also be trained to use body cameras.

Grennell said cooperation in the Miss-Lou is also key. Grennell said he would like to see Vidalia and Concordia Parish on board promoting I-14.

With the county, Grennell said the two boards need to work together to plan out the potential of improving city and county fire ratings. Discussions started in the last year of the county potentially building two fire stations on the north and south ends of the county.

Grennell said going into the 2018 legislative session, the city and county also needed to be united on another front.

“Both bodies, as we have in the past, need to work toward an elected school board,” he said. “I don’t know what happened last year and why it did not pass. I know in the past both boards have been unanimous. It should be one legislative agenda item we work on collectively.”

Adams County Board of Supervisors President Mike Lazarus said he would like to see progress made on job creation prospects, such as Netco Express, Delta Energy and Velocys.

“We have got a little momentum going,” Lazarus said. “We are not where we want to be, but we have got a few things we can build on and keep going.”

Lazarus said the county also needed to secure funding for the levee at the Belwood industrial site, for which the Velocys jobs would depend on. Lazarus also agreed with Grennell that I-14 should be pushed.

In 2018, Lazarus said progress must be made on recreation. The pool should be operational in 2018, but Lazarus said the pool is not all that community leaders promised.

Now that the bean field, the long-time earmarked site for a recreation complex, has been given to the Natchez-Adams County School District to build a high school, Lazarus said the community needed to come up with an alternative plan.

“I want to see politics left out of it,” Lazarus said. “I hope the recreation commission talks to the people in forums to see what they want. I want to see something happen that is positive.

“I am anxiously awaiting what the (Natchez-Adams County) Recreation Commission comes back with.”

Communication between the city and county has been good, and Lazarus said he would like to see that improve in 2018.

“(Mayor Grennell and I) talk two to three times a week,” Lazarus said. “The communication is there, but we need to get our boards together and make some of this stuff happen.”

Vidalia Mayor Buz Craft said early in the year, he hopes to make an announcement about Project Blue, which is expected to employ a minimum of 300 people with an annual payroll of $9.2 million.

“We need to start working on providing jobs all people desperately need,” Craft said. “When people have jobs, houses get bought, houses get rented and businesses have more money in their pockets.”

Utilities are also on Craft’s mind for 2018, he said. Craft said he would like to set an ordinance that establishes what the town’s rates are, to get the town in compliance with state law.

Following that, Craft said he would like to have a rate study done to see where rates should be set.

The town also sent out hydroelectric fund rebates in 2017, and Craft said that’s an event he would like to see the town celebrate every year, “and not just when we feel like it.

“I want to ensure the Vidalia utility users will get their portion of that rebate.”

With flooding becoming more and more a problem, Craft said the town would be working in 2018 to with the U.S. Army Corps of Engineers to establish up to two pumping stations on the north and south sides of town.

“We need to make sure we never have to worry about a rainfall causing us to flood,” Craft said. “We also have to take a look at (the) slough area on the north side of town that has been a problem for years.”

In the town’s first year, the administration cut $1.2 million in personnel expenses. Craft said additional cuts could be considered, but the town would eventually hit a point where services would have to be sacrificed.

“One thing I don’t want to see is our town regress,” Craft said. “We are providing a clean town, superior water, electric and trash pick up services.”

One area to be looked at, Craft said, is the convention center.

“Everyone around the state will tell you, a convention center is not a money maker,” Craft said. “But we have to figure out ways to increase revenue or look at ways to decrease expenses.”

The Vidalia Port is anticipated to be operational during the middle of 2018, the port director has said.

“We have to make sure we do our best to make sure this is something that will be good for our town currently and later,” Craft said.

“What happens in Natchez is not only good for Natchez, but Vidalia as well, and vice versa,” Craft said.

“I hope that 2018 will be a year of flourishing for the Town of Ferriday,” Jacobs said. “I hope this will offer families nice living spaces and keep our people in Ferriday.”

Jacobs said she hopes to see the town find common ground and work together for the greater good. The town needs to utilize and publicize the Delta Music Museum, Arcade Theater, and lakes Concordia and St. John.

“This hometown of ours is unique and very special,” Jacobs said. “We have a rich musical history and three famous cousins that demand more exposure through festivals, concerts and celebrations. Tourism should be a large part of our tax base.”

Jacobs said she would also like to see the town work together to keep Ferriday clean and beautiful.

“Many groups work diligently to beautify the town, but how much more lovely would it be if we each did our own part,” she said. “The aesthetic appeal is one of the first things that attract businesses.”

The Ferriday Board of Aldermen came up with a wish list that includes working to get a hotel to provide a place for those visiting the area lakes, festivals and families, restaurants, a bookstore/coffee shop, another grocery store and some chain stores.

Jacobs said the town would also like to provide more for area children, such as playground equipment, a game room with concessions and a splash park.

“We can realize many of our dreams, but it is imperative that we bring our A game,” she said. “It will take each person in Ferriday linking arms and walking together to that brighter future for Ferriday.” 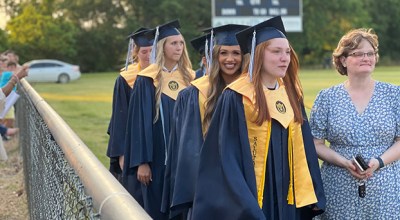 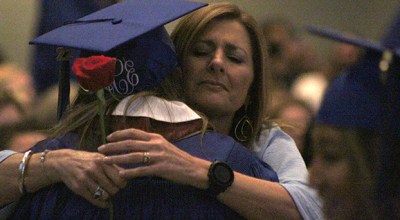 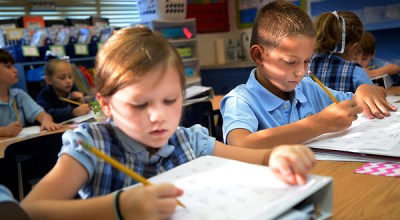 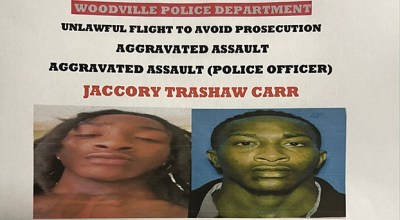