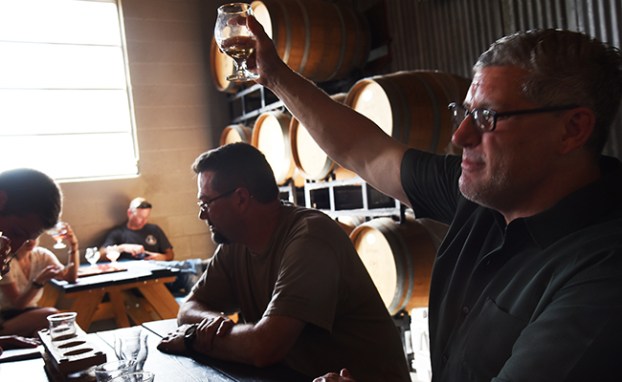 NATCHEZ— One year ago today a state law went into effect allowing Mississippi breweries to sell limited amounts of their locally produced beer on the premises of their breweries, and breweries throughout the state plan to celebrate today.

Natchez Brewing Company, 207 High St, Natchez, plans to celebrate with a fundraiser of sorts starting at noon with live music and food priced at $15 per plate, including one beer. s

The money raised will go to the Mississippi Brewers Guild, a non-profit organization created to advocate for breweries and educate the public about Mississippi-made beer.

Until last year, Mississippi was one of the only remaining states in the U.S. in which brewers were not able to sell beer on-site, putting the state and the breweries at a disadvantage against other markets, supporters said.

“The law’s implementation is important because it allows breweries to get feedback from consumers to create better and more products,” said Matthew McLaughlin, the executive director of the Mississippi Brewers Guild, “On the financial end, it’s important to be competitive in the national and global beverage industry.”

Since 2017, according to the Mississippi Brewers Guild, craft beer retails sales now account for more than 23 percent of the $111 billion U.S. beer market.

Mississippi’s economic impact of craft brewing sales was $310,714,000 in 2016, with a likely increase expected from taproom sales, the Brewers Association said. In 2011, Mississippi had only two breweries and now has grown to 15, including the Natchez Brewing Company.

Although official results of the impact on taproom sales for the first year are not complete, brewers are optimistic.

“What we will see is an increase of sales at retailers, such as restaurants and bars, in and around the communities fortunate enough to have breweries,” McLaughlin said.

The law’s change has led to several economic benefits, such as job creation and an increase in retail sales, McLaughlin said.

Managers of several Mississippi breweries said they have added part-time and full-time bartenders and floor managers to fill the growing demands of their taprooms.

“We hired a bartender for the bar and the floor, but we are looking for another person to help,” said Lucas Simmons, co-founder and brewmaster at Lucky Town Brewing Company in Jackson.

Not only did many brewery managers say they had seen an increase in revenue, they said selling craft beer from taprooms allows breweries to develop a direct relationship with customers and create new products.

“It provides us with a testing ground,” said Melia Christensen, marketing associate of Mighty Miss Brewing Company of Greenville. “It allows us to get valuable feedback.”

In addition, some brewery managers said the taprooms allow the breweries to focus on expansion.

“The money coming in the taproom has allowed us to support the distribution side of the brewery,” said Patrick Miller brewmaster at Natchez Brewing Company.

For Mighty Miss Brewing Company, the taproom contributes to a sense of community in Greenville, proprietors said.

“It helps us create a community aspect. The way the law worked before, we were a factory on the edge of town,” said Jon Alverson, founder of Mighty Miss Brewing Company, “but now we can make people more a part of our space.”

Once a month the brewery hosts a “Sunday Funday,” Miller said, where they have outdoor activities for children, such as bounce houses and waterslides.

“We’ve tried to create a family-friendly space where parents can enjoy a beer with their friends and not have to leave their children at home or find babysitters,” Lisa Miller said. “A lot of folks in Natchez had not necessarily been exposed to craft beer before coming to the brewery. Now everyone is enjoying something they might never have tried if it weren’t for the taproom.”