Holiday in lights: Scenes from the Natchez Christmas Parade 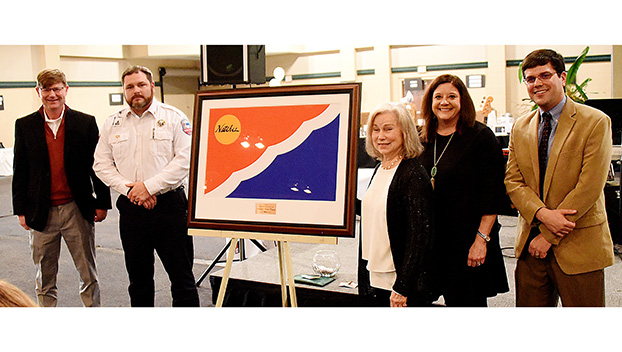 When American Medical Response was named this year’s Large Business of the Year, employees say they were surprised and elated not just for their company but for all of the first responders who keep Southwest Mississippi residents safe and secure each day.

“We are all part of an infrastructure that is a vital part of this community,” AMR Coordinator of Community Relations Bennie Boone said.

The Southwest Mississippi Operation of the national medical transportation service received the honor at the Natchez-Adams County Chamber of Commerce’s annual gala in November.

Each year, the chamber gives a large business award to a local company that employs more than 25 people and has a history of promoting Natchez.

“Needless to say (AMR) holds a critical position in the lives and health of each of us and our community,” Chamber President Debbie Hudson said during the award presentation. “And, this company gives back to others each day.”

Boone said when she first realized that AMR was being honored at the gala, she was thankful that AMR’s 52 crew members were being acknowledged for the hard work and excellent service they provide each and every day.

“Many people don’t know how hard the job is,” Boone said. “Our employees find themselves in all kinds of situations. Some transports are predictable, but when they are called out to an emergency, they have no idea what to expect.”

Boone said some of the situations paramedics and emergency medical technicians deal with are very serious and sometimes heartbreaking.

“It takes a special person to do this job,” Boone said. “Our employees are the ones that earned this award.”

The Southwest Mississippi operation has had two employees to receive the prestigious Star of Life award, Hudson said. The national award is presented each year by the American Ambulance Association.

Two of the group’s employees were also recognized at Mississippi Paramedics of the Year by the Mississippi Emergency Medical Services Association.

In her presentation, Hudson pointed to the many other ways AMR has contributed to the community.

Although the award was given to AMR, Boone said the honor also goes to the firefighters, police officers and other emergency responders who serve the community every day.

“We accepted the award on behalf of all the first responders in our community,” Boone said. “We are all an integral part of this community and it takes all of us working together.”

“We are really grateful for the honor,” Boone said.