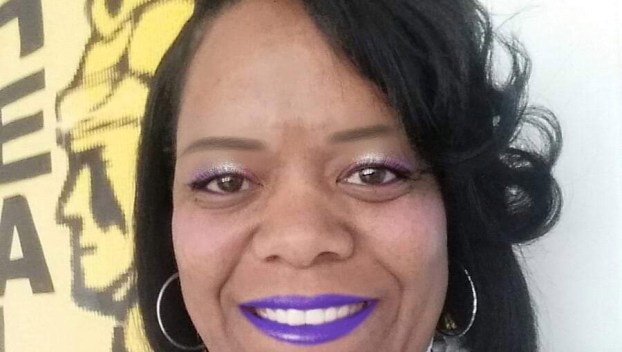 With the win, Lady Trojans head coach Lisa Abron notched win number 400 in her career — all of them at Ferriday in what is now her 22nd season.

She said that she first talked about it with her players when the season started, but admitted that as the game against Natchez High game got closer, she was focused on the opposition and not the milestone.

“When the season started, I told my players that I needed 11 wins to get to 400. But I had forgotten about it as we were getting ready for Natchez,” Abron said. “Right after the game everybody reminded me, “Coach, you got your 400th win. I thank all of the current players and former players that I’ve coached. It’s a pretty big accomplishment.”

Ferriday led Natchez High 11-10 after one quarter of play and 22-16 at halftime. The Lady Trojans slowly pulled away in the second half, outscoring the Lady Bulldogs 13-11 in the third quarter and 17-11 in the fourth quarter.

One of the keys to Ferriday’s win was trying to contain Candi Gray and Kelsey McNeal, Natchez High’s top two scorers. And while McNeal was held in check to just three points, Gray led the Lady Bulldogs with a game-high 22 points.

Another key was a combination of the inside game led by Spurs and Pacha Poole and the outside shooting from Miller, especially early on in the game.

“We played some really hard defense against Natchez. Our inside game was too much for them. We wanted to get the ball to our post players. One is 6-1 and one is 6-2,” Abron said. “We got some easy shots from Tierra and Pacha. Then Shekayla shot the ball well from the outside. She made some big shots for us.”

Even with such an accomplishment as 400 wins, Abron said that the main goal is the one that has alluded her — winning a state championship.

“I’ve been chasing that ring. That is the main goal, to win a championship before I retire. We were close three years in a row,” Abron said.

The Lady Bulldogs (6-9) next play at Wingfield High School in their MHSAA Region 6-5A opener at 6 p.m. Friday. The Lady Trojans (11-3) play at General Trass High School today at 6 p.m. in their LHSAA District 2-2A opener.