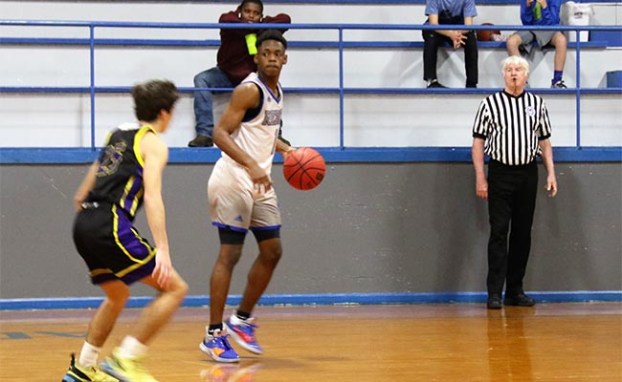 The Rebels defense came up huge in the low-scoring game as they held the Tigers to 19 points. Matthew Freeman, Rebels head coach, said Centreville Academy held the ball for a total of six minutes in all four quarters.

“That was their game plan to get us out of our defense and make us play what they wanted us to play,” Freeman said. “When we got a lead on them, they tried to continue to do it. But it’s not something you can do when you’re not winning.”

With limited scoring by ACCS, they held Centreville Academy to single digits in all four quarters. At halftime, the score was 16-8 in favor of ACCS.

Wes Stockstill led the Rebels in scoring with seven points. Freeman said Stockstill played a huge part in the MidSouth Association of Independent Schools basketball game on Monday. Stockstill was one for three from behind the arc.

“Wes always gives everything he’s got and plays hard as he can the whole game,” Freeman said. “He always gets a bunch of rebounds and steals.”

The Rebels will have three MAIS District 3-4A games and a non-district game to close out the season. The next District 3-4A game for the Rebels is on the road against Silliman Institute. Freeman said the Rebels need to focus on five aspects of their game for future success in district play this season.

“We have to cut out all of the distractions and keep playing as a team,” Freeman said. “We need to focus on our defense, rebounding and boxing out. If we start playing better defense, then we will end scoring more points.”

ACCS (9-7) played against Bowling Green on Tuesday. The Rebels next game is on the road at 7 p.m. Friday at Silliman Institute.

Halle Peterman led the Lady Rebels with 11 points, followed by Maliyah Ford with seven points and Geri Brumfield and Heidi Zimmerman tied with four points each.

The Lady Rebels (2-13) will travel to District 3-4A opponent Silliman Institute at 6 p.m. Friday.