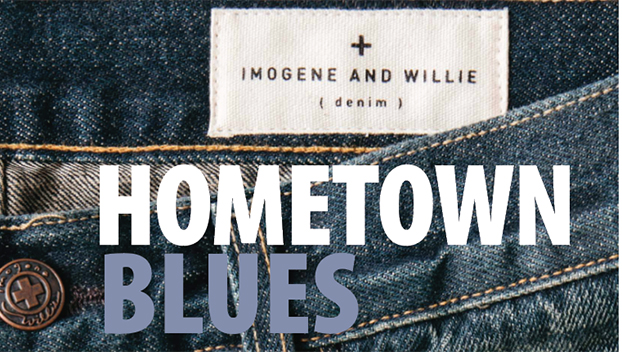 That first pair of blue jeans created from locally grown, raw materials could be the beginning of a turning point in the labor market for the citizens of the Miss-Lou, officials said.

Vidalia Mills is housed in the former Fruit of the Loom factory in Vidalia, a 900,000 square foot facility that sits on 150 acres of land and underwent some serious renovations over the past 1 1/2 years since they purchased the facility from the Town of Vidalia in 2018.

“They are hiring and they are hiring quickly,” Natchez Inc. Deputy Director Heather Malone said. “They have hired about 20 people in the last week and are looking to hire 50 more by the end of the month. … They’ve had some of their machines running since September.”

Building Manager Derrick Means announced during a Tuesday meeting of the Vidalia Mayor and Board of Aldermen that Vidalia Denim is now turning over a limited amount of product.

“We are currently in limited production,” Means said. “We have a head-count of 75 (employees) and we’ll have 50 more by the end of the month running a five-shift operation. … We’ll run three eight-hour shifts Monday through Friday and two weekend shifts so we’ll be in 24-7 production.”

Means said Vidalia Mills would continue to ramp up their production lines and hire more and more people on staff — well over the 300 jobs promised to local officials when the facility was purchased.

Means said Friday that Vidalia Mills is looking to hire mostly machine operators and maintenance technicians. Prospective employees should be at least 18 years old and have a high school diploma.

Most of the job training needed would be done on-site, Means said.

Employment applications are available through Louisiana Workforce Center in Ferriday on E.E. Wallace Boulevard and at the Winn Job Center at Copiah Lincoln Community College in Natchez, Means said.

“It’s not dependent on certificates,” Feibus said. “It’s all about the attitude as opposed to experience. You don’t have to be a mechanic per-say, but have a good work skills and some understanding of machines. … We have found some really terrific people in the area who have been great to work with.”

“What we do now is spin yarn, sell yarn and make denim fabric,” Means said. “We also have a warehouse for storing cotton. … We store it, then turn around and ship it and those will be our three main revenue streams.”

Feibus said he anticipates operating at full capacity in the next three or four months.

Feibus said that once the plant is in full operation, he hopes to expand even further and create additional jobs.

“We’ve also been able to attract some new investors, which as been really good for our start up,” Feibus said. “We expect to be making a couple of announcements soon about some joint ventures that would increase our headcount and expand what we’re doing over the next two to three weeks.”

Feibus said Vidalia Mills is finalizing arrangements to create a garment-processing center that will be located at the facility that uses waterless, state-of-the-art technology to give the material a washed look while minimizing water usage and waste.

“We knew that with as big a project as this is it would take time,” Vidalia Mayor Buz Craft said. “… We’re just really excited that they’re starting up. It means that for those who want to work, there will be some jobs out there … We now have a big utility customer, which means more revenue for the city and more money into our local economy, which benefits everyone.”