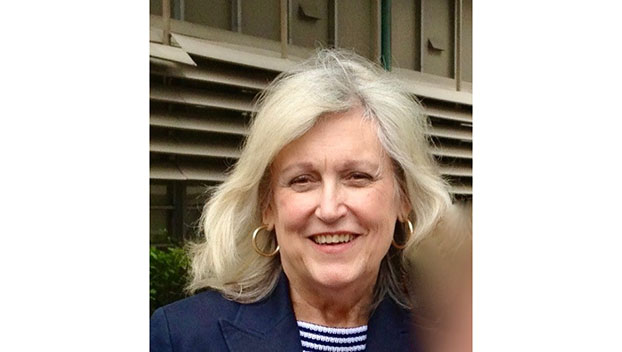 NEW ORLEANS, La. — Sandra Scarbrough Kramer, whose life took her from rural Meadville, Mississippi as a child to Washington D.C, where she became a trailblazing political consultant, died in New Orleans with her family by her side on March 30, 2020. She was 79.

The widow of the former Dean of Tulane Law School, John Robert Kramer, Sandra graduated from the University of Mississippi in 1964, where she was present and active during the riots surrounding the deployment of the military by President John F. Kennedy to integrate the university. While at the University of Mississippi, she was a member of Delta Delta Delta sorority, selected Miss Hospitality for the state of Mississippi, and in opposition to the state’s leadership, a vocal advocate for allowing African Americans to enroll in the college. After graduating, Sandra spent her first three years teaching English at Beat Four High School in Wayne County, Mississippi.

In 1967, she moved from Mississippi to begin her political career in Washington, D.C., where she had spent time as a child with her grandfather, U.S. Representative Daniel R. McGehee. Over the course of the next three decades, she became a maverick engaged in most of the hot topics involved in both national and Southern politics and policy.

After starting work in Washington, D.C. as an assistant to U.S. Senator John C. Stennis, Sandra held key roles in important and often controversial national causes such as the then-nascent Women’s Movement. In the late 1960s and 1970s, she worked as a political consultant to multiple women seeking election to the U.S. Congress and an Alabama Attorney General candidate who ultimately was elected governor. In 1974, she was a founding board member and chair of the bi-partisan Women’s Campaign Fund which remains active today. At the age of 34, she was appointed by President Gerald Ford as the head of the National Advisory Committee on Women at the U.S. Department of Health and Human Services. With her broad knowledge of the inner-workings of federal, state and local governments, Sandra focused her career in the 1980s on improving the delivery of federal government programs to the Southern states via her work for Mississippi’s Governor William Winter, the Southern Governors Association, the Southern Growth Policies Board, and the Congressional Sunbelt Caucus and its Sunbelt Research Institute.

Sandra moved to New Orleans with her family when her husband became Dean of Tulane Law School in 1986. In New Orleans, she found her knowledge of developing private/public projects and expertise locating federal funding sources for those projects in great demand. Perhaps in even greater demand was her ability to design governmental delivery systems for at-risk populations that successfully carried out those systems’ federal mandate to service their targeted populations. Sandra and her consulting company team members were awarded over $40 million for proposals over the course of more than 20 years for clients that included the Section on Environmental Epidemiology at the Louisiana Department of Health and Hospitals, the LSU Health Sciences Center, the Ochsner Foundation, and the St. Thomas/Irish Channel Consortium. Sandra also worked as the Issues Director for Melinda Schwegmann’s campaign for governor, on U.S. Senator Mary Landrieu’s re-election campaign, and as the Special Assistant for Development for the Tulane School of Public Health.

Upon hearing of her passing, Dr. Norman C. Francis, President Emeritus Xavier University, said: “For those of us who were on the front line fighting for equality in America, and in the Deep South in particular, it was reassuring to know that brave and courageous people like Sandra Kramer were unselfishly fighting with us. I have always admired Sandra’s relentless pursuit of justice for all, and although she is no longer with us, her good works still live on, and she will never be forgotten.”

In the late 1960s, Sandra and John discovered a mutual love for the state of Maine, eventually settling on Islesboro, a beautiful island in the middle of Penobscot Bay, where they built a magnificent home overlooking the bay. With the help of her brother Jan, they recruited several friends from Mississippi to build their home, many of whom still live with their families on the island today. For more than 40 years, Sandra and John spent as much time as possible on Islesboro, immensely enjoying the Tarratine Club of Dark Harbor and the island community. Sandra was an active board member of the Islesboro Forum and the Penobscot Maritime Museum. Sandra will be laid to rest next to John at Christ Church of Dark Harbor, Maine.

The family invites you to share your thoughts, fond memories, and condolences online at www.lakelawnmetairie.com.