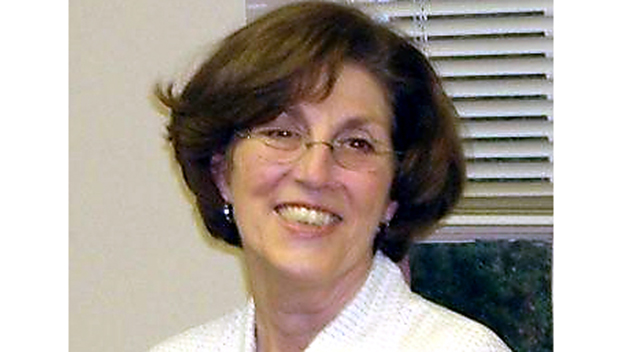 By PATRICK JONES and PATRICK MURPHY

NATCHEZ — Dale Holloway Steckler of Natchez led a giving life as a wife, mother, church member and friend to many.

Steckler, 77, died at her home in Natchez on Friday. Her family and many friends recall her as being devoted to her church, family and as an active member of the Natchez community for all of her life here.

Steckler was married to the late Dr. David Steckler and was the mother of nine children.

“She was very devoted to her family and her church (St. Mary Basilica),” said Suzanne Steckler, her daughter. “She prayed all the time for people in the community and her family.”

Her family was her priority.

“She was devout to her family. That was her main concern in life,” said daughter Mary Margaret Prescott. “She was the mother of nine kids. Unfortunately, she lost two of them before this. She had her prayer group of women at St. Mary’s. She prayed a lot.”

Suzanne said Mrs. Steckler was not only a good friend to her, but also had a lot of friends and would pray for them.

“The middle name of all of the Steckler family members should have been ‘Give,’” said Mimi Miller, a longtime friend of Mrs. Steckler’s. “In terms of the balloon race, David Steckler was an integral figure in getting that whole event launched. He would cook all of these dinners at Monmouth Plantation and Dale was helping. David would do whatever was necessary to make it happen, whether it was the balloon race or the Natchez Festival of Music.”

Miller said Mrs. Steckler was a wonderful mother and both she and her late husband were big supporters of the public schools in Natchez and Adams County. The late Dr. Steckler was a long-time school board member.

Approximately 20 years ago, Mrs. Steckler received the Natchez Chamber of Commerce’s highest honor, when she accepted the Natchezian of the Year award, on behalf of her late husband.

“She was very devoted to her husband,” Suzanne said. “When he passed away (in 2000), she finished out the several years left on his term on the school board. She was active in the garden club and different things. She was a mom. She lost two kids.”

“I found her to be very mild-mannered,” Newsome said. “She was easy to work with and I don’t remember her having a serious disagreement with anybody about anything. She would listen if you had a difference of opinion and then she would tell you her ideas on the subject. When we voted, she would vote with what she thought was best for the children of the district.”

Newsome said Mrs. Steckler was a great public servant.
“She served as a very loyal and dedicated member of the board,” Newsome said. “We all enjoyed working with her.”

In other community involvement, Mrs. Steckler was part of the Natchez City Cemetery Committee.

“She enjoyed going out there and doing the Angels on the Bluff,” Mary Margaret said. “She was always involved in St. Mary’s probably until I graduated from high school. She was a member of the Natchez Garden Club and a member of the Junior Auxiliary when was she was younger. She had three children who graduated from Natchez High/South Natchez. The rest of us graduated from Cathedral.”

Gina Cauthen, who served on the cemetery committee with Mrs. Steckler, said she was an inspiration to her.

“She has mentored me on the cemetery board,” Cauthen said. “She was one of the strongest, most generous, wonderful persons I have ever known. She was the epitome of what a woman should be. She loved God and her family above all else. She was absolutely beautiful and I am proud to have had her as a friend. Please let (her) family know that (they) are all in my thoughts and prayers.”

Funeral arrangements are incomplete with Laird Funeral Home of Natchez.