Big turn out for free COVID-19 masks on Saturday 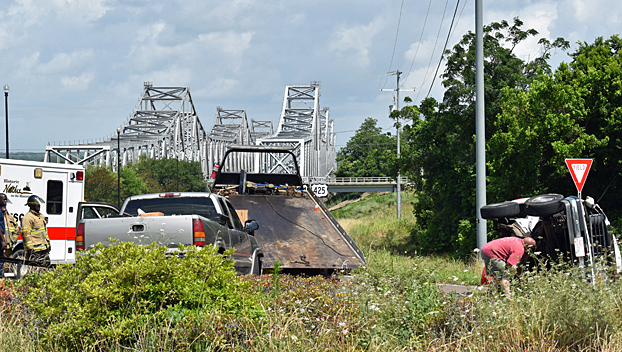 NATCHEZ — A Saturday morning traffic accident claimed the life of a Natchez woman and sent three other people to hospitals with non-life-threatening injuries, officials said.

A westbound pickup truck driven by Cordarius Kelly, 23, struck the SUV in the passenger side as it attempted to cross the eastbound lane, flipping the SUV on to its side, Armstrong said.

Lee said he pronounced Washington dead at the scene at 10:44 a.m. Saturday.

“This was a horrible accident,” Lee said. “My prayers go out to the family. We all need to be aware and be extra careful this long holiday weekend.”

Armstrong said toxicology tests were being administered on both drivers as is required in all fatal wrecks and no charges had been filed as of late Saturday afternoon.

The investigation is continuing, Armstrong said.

Armstrong also cautioned drivers to be careful over the three-day Memorial Day Weekend.

“I want to encourage the motoring public to be very observant of other traffic and other motorists and pedestrians,” Armstrong said. “Wear your seatbelts and obey all traffic laws. If you witness any erratic driving, dial 911 to report it immediately.”

Armstrong said law enforcement officers want everyone to have a good weekend but it is law enforcement’s responsibility to keep people safe and they depend on the public to help them by reporting possible traffic offenses.