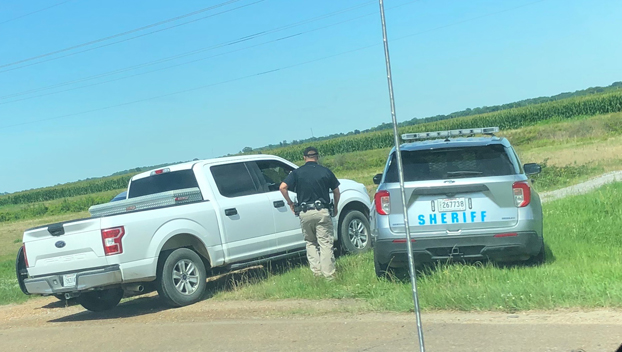 An image making the rounds on social media was labeled “Ferriday Riot” and went on to ask people to join in and named several businesses in Ferriday and Natchez. The post said the riot would begin “May 31 @ 3 o’clock.”

A post from the Natchez Mall Facebook page later Sunday said the mall “will be closing at 3 p.m. on May 31, 2020, in an effort to keep our employees and customers safe.”

Natchez Police cars were parked at nearly every business parking lot along U.S. 84 from the Natchez Mall to the Mississippi River bridge on Sunday afternoon.

Law enforcement agencies said it is unclear where the post originated and that local, state and federal officers were monitoring the post and any other posts that invoke violence.

Natchez Police Chief Walter Armstrong said patrols were increased throughout the area and encouraged families to be mindful of where their loved ones are and make sure they are safe and not doing anything that would bring harm to themselves or others.

“We’re appealing to our local citizens to not buy into destroying or taking part in destroying the neighborhood that we love so dearly — a place that we reside, shop and work. We’re encouraging them to take care of what’s theirs,” Armstrong said.

However, Armstrong said anyone who wishes to organize a peaceful protest of police brutality is welcome to do so and would not be stopped.

“We stand with them as it relates to any misconduct on the part of law enforcement and stand against any police brutality,” Armstrong said. “I’m thankful that we have not demonstrated that problem in our community. … My sympathy and condolences go out to the family, friends and loved ones of George Floyd.”

Adams County Sheriff Travis Patten said both marked and unmarked patrol units were mobilized to watch for suspicious gatherings of people and said he believed that if a riot did start it would’ve been from people who reside outside of Adams County or Concordia Parish.

“We understand that we have to know the people that we serve and our agency reflects that,” Patten said. “… When we see so much unrest going on in the rest of America we thank God that it’s not happening here and there are two reasons why it isn’t. One, because we put God first. Two, if we have any racial differences, we have put them aside and learned to look at our brothers and sisters as our equals regardless of their color, their race, their sexuality or whatever they identify as.

“… I know that the people in this community are hurting to see what their brothers and sisters are going through in other parts of the country. I ask for people not to be silent and to ask for change but also not bring violence here to Adams County.”