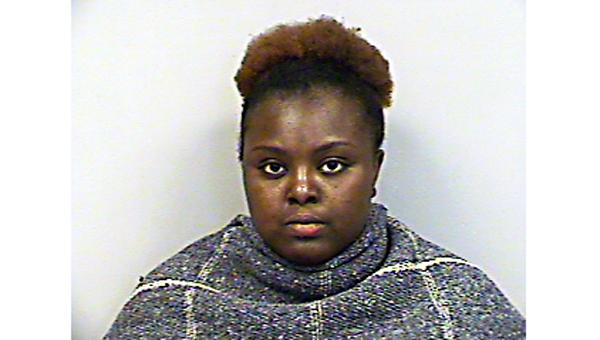 NATCHEZ — A Natchez woman is being held with no bond on an aggravated assault charge after police said she shot the father of her children.

At approximately 3:37 p.m. Sunday, Natchez Police officers were dispatched to Dumas Drive in reference to a domestic dispute, a police report states.

“The caller (Jamerial Davis) to 911 advised that she just shot at her children’s father Michael Simpson,” the report states. “Upon officer’s arrival, contact was made contact with Jamerial Davis sitting in the driver’s seat of her vehicle with her three children. Davis handed the officers the weapon and admitted to shooting at Simpson. A family member of the victim advised officers at the scene that the victim had been shot in the chest and was taken to Merit Health-Natchez by a friend of the victim.”

Chief Walter Armstrong commended his officers for their quick response and for apprehending the suspect.

“The victim and suspect (Jamerial Davis) have a long history of domestic disputes between each other that dates back many years,” Armstrong said. “Both the suspect and victim are currently out on bond for other felony charges that are pending presentation to the grand jury.”