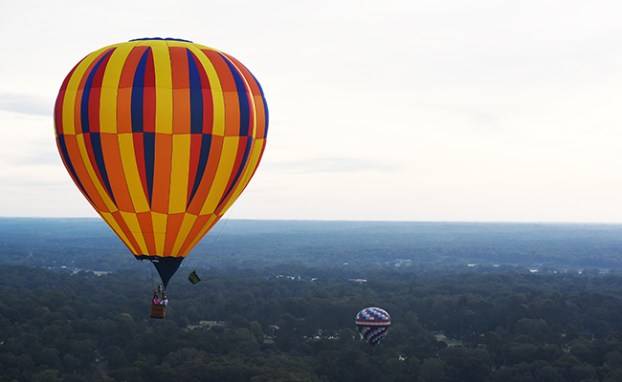 NATCHEZ — The Miss-Lou skies may be filled with hot-air balloons this October, but the festival grounds will be empty.

Natchez Balloon Festival officials announced Friday this year’s hot-air balloon event will go on without music, carnival rides and other activities on the festival grounds. The decision was made because of the ongoing COVID-19 pandemic, officials said.

“In consideration of the health and safety concerns of our sponsors, pilots, volunteers, partners, festival attendees, and the community, we have made the difficult decision to hold the event without the festival and music portion of the Natchez Balloon Festival for 2020,” balloon race officials announced in a news release Friday.

Natchez Balloon Festival Director Scott Adams said in the news release that plans are for the hot-air balloons to fly on Oct. 16, 17 and 18, weather permitting. Adams said organizers are making plans for the balloons to fly and to glow in Natchez during the annual weekend. Details about where and how the balloons will glow while observing social distancing and other guidelines are still being finalized with pilots, sponsors and other community partners and will be released at a later date.

“For 34 years, the Natchez Balloon Festival has brought our community together,” Adams said. “Year 35 will continue that tradition, although in ways unique to 2020.”

Adams and other officials said the decision was a difficult one for everyone involved with the annual event.

“The Natchez Balloon Festival Committee wholeheartedly understands the annual community impact and economic importance of our event. We were hopeful that the effects of COVID-19 would have diminished over the last several months as we continued to make plans for this year,” Adams said. “Unfortunately, that has not been the case and we have made changes accordingly.”

Other balloon festivals across the country have been canceled or postponed because of COVID-19. In June, the Albuquerque International Balloon Fiesta announced the cancellation of its 2020 festivities, which usually occurs during the two-weeks prior to the Natchez festival.