Taxpayers continue to pay more for trash disposal as… 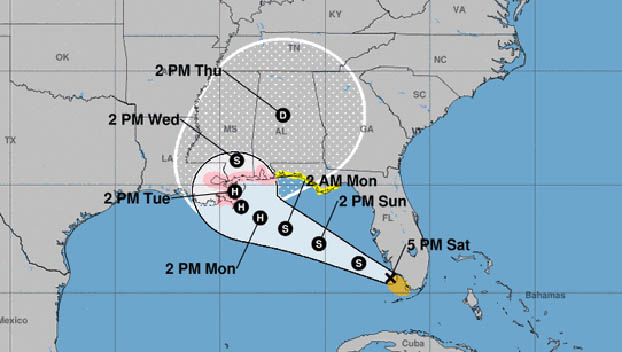 ST. PETERSBURG, Fla. (AP) — Tropical Storm Sally formed Saturday off south Florida, becoming the earliest 18th-named storm on record in an Atlantic hurricane season as it enters the Gulf of Mexico amid signs of strengthening further.

In the National Hurricane Center’s 5 p.m. forecast, meteorologists said a hurricane watch is in effect for metropolitan New Orleans. The watcher extends from Grand Isle Louisiana to the Alabama-Florida line, including Lake Pontchartrain and Lake Maurepas in Louisiana and greater New Orleans.

Forecasters said a life-threatening storm surge is possible along parts of the Gulf Coast beginning Monday.
Sally emerged from a tropical depression swirling off south Florida, headed Saturday into warm Gulf waters. It was expected to become a hurricane by late Monday that could threaten a wide swath of the northern Gulf coast early in the week. It becomes the earliest 18th named storm in a busy tropical season, beating Stan, which formed on Oct. 2, 2006.

On Saturday afternoon, gusty winds and heavy rain swept through South Florida due to Sally.

The National Hurricane Center said Sally would dump heavy rain around the Florida Keys and the southern and western parts of the state. Maximum sustained winds were clocked at 40 mph (65 kph) with higher gusts. Additional strengthening is expected over the coming days.

“Since the system will be traversing very warm waters and through a moist air mass with moderate vertical shear for the next few days, steady strengthening is anticipated,” forecasters wrote in an earlier advisory.
Sally was located 30 miles (45 kilometers) south-southeast of Naples on Saturday afternoon, according to the hurricane center. The system was moving to the west at 7 mph (11 kph). A tropical storm watch has been extended westward from the Okaloosa/Walton County Line to the Alabama/Florida Border.

A Storm Surge Watch is in effect from the mouth of the Mississippi River to the Alabama/Florida Border, including Lake Pontchartrain, Lake Maurepas, Lake Borgne in Louisiana — and Mobile Bay, Alabama.
The storm is expected to bring 2 to 4 inches (5 to 10 centimeters) of rain to parts of Florida, with isolated totals up to 6 inches (15 centimeters). Meteorologists warn of an increasing risk of life-threatening storm surge and dangerous hurricane-force winds from southeastern Louisiana to the Alabama coast.

Meanwhile, Tropical Storm Paulette had maximum sustained winds of 70 mph (110 kph) and was 460 miles (745 kilometers) southeast of Bermuda, where a hurricane watch and tropical storm warning are in effect. Forecasters said Paulette would become a hurricane later Saturday and drop up to 6 inches (15 centimeters) of rain on the territory through Monday, adding that it is expected to be a “dangerous hurricane” when it is near Bermuda on Sunday night and Monday.

Tropical Storm Rene weakened in recent hours and was reclassified as a tropical depression. It had maximum sustained winds of 35 mph (55 kph) and was about 1,200 miles (1,935 kilometers) east-northeast of the Northern Leeward Islands. Forecasters said Rene wasn’t expected to strengthen and did not pose any threat to land. 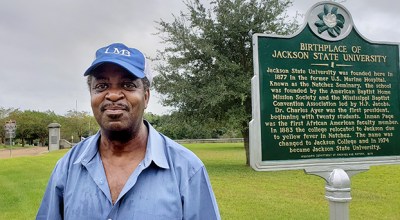 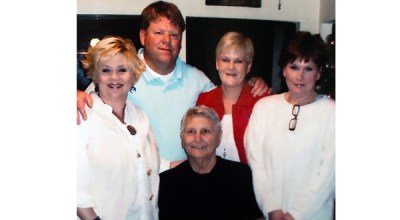