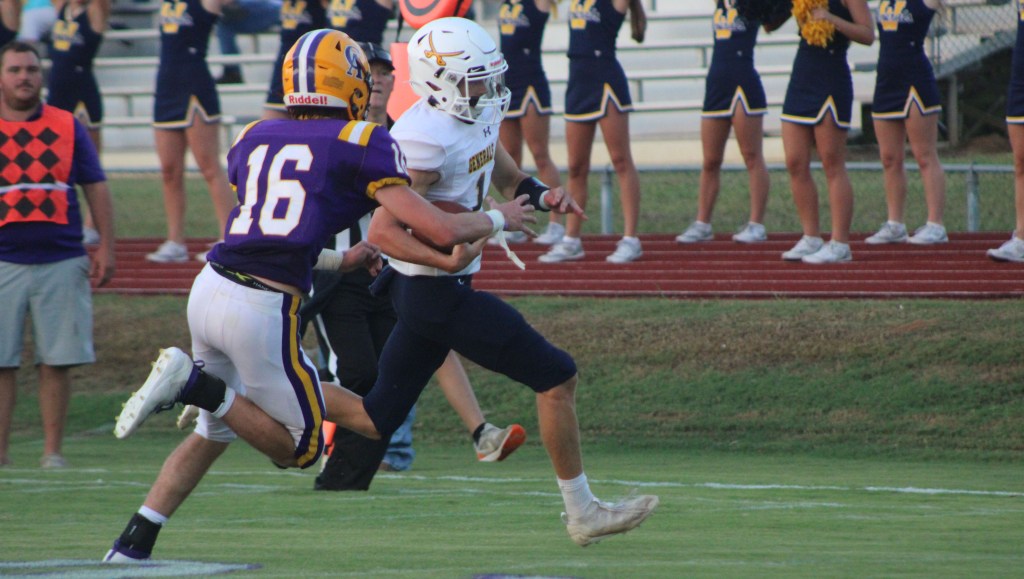 CENTREVILLE — The Centreville Academy Tigers look to extend their winning streak to two games when they face the Porter’s Chapel Academy Eagles.

Centreville Academy comes into Friday’s game off of a 38-22 victory over the Amite School Center Rebels. The Tigers (3-2) were able to take a 32-0 lead into halftime thanks in part to Peyton Jones, Centreville’s quarterback. Jones threw for three touchdown passes in the game. The longest was for 80 yards to Caleb Kinabrew. Kason Clark also ran for two five-yard touchdowns and returned a kickoff for a touchdown.

Porter’s Chapel Academy (3-2) comes into Friday’s game after a 51-6 loss to Hillcrest Christian. The only score for the Eagles came in the fourth quarter with a 40-yard pass from Jace Riggs to Ra’Darius Turner.

Franklin County is the only other area game on Friday night.

Kickoff is set at 7 p.m. at Raymond High School in Raymond.

The scrimmage is set to start at 6 p.m. at Bastrop High School.

Keys for the Trojans: Stanley Smith, Ferriday High School head coach, he said he wants to see the Trojans compete to see where they are at for the upcoming season.

Facts: The Delta Charter School Storm host the River Oaks School Mustangs for a scrimmage today. This is River Oaks first scrimmage in the LHSAA after playing in the Midsouth Association of Independent Schools in Class 4A.

The scrimmage is set to start at 6:30 p.m. at Delta Charter School.

Keys for the Storm: Blake Wheeler, Delta Charter School head coach, said the Storm is going to focus on trying to lock in positions, cleaning up little schematic things and stopping the run.

The scrimmage is set to begin at 6 p.m. at Vidalia High School.

Keys for the Vikings: Norris said he wants to see who is going to compete for positions this season for Vidalia.

Captain of the Storm: Kennedy named 2022 All-Metro Baseball Coach of the Year