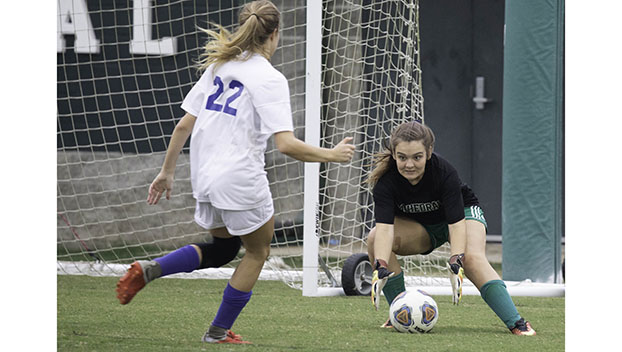 “Izzy gave me some good passes and I’m just glad it happened,” Foster said. “I was just in the right moment at the right time.”

“A lot of players scored goals and it was a team effort,” said Dennis Hogue, Cathedral High head soccer coach. “It was exactly what we wanted to happen. They played very unselfishly, which is good and I was pleased about their performance.”

Verucchi and Foster each scored a goal for Cathedral in the match. Dupré had one assist for the Lady Green Wave. Lessley had 11 saves against the Lady Yellow Jackets.

Cathedral High’s next match is on Tuesday when it hosts Adams County Christian School in the final Midsouth Association of Independent Schools Division II Class 4A South match. Hogue said the Lady Green Wave would focus on goal kicks and 50-50 balls in the air in practices before Tuesday’s match.

The match starts at 5:30 p.m. on Tuesday against ACCS.

Captain of the Storm: Kennedy named 2022 All-Metro Baseball Coach of the Year