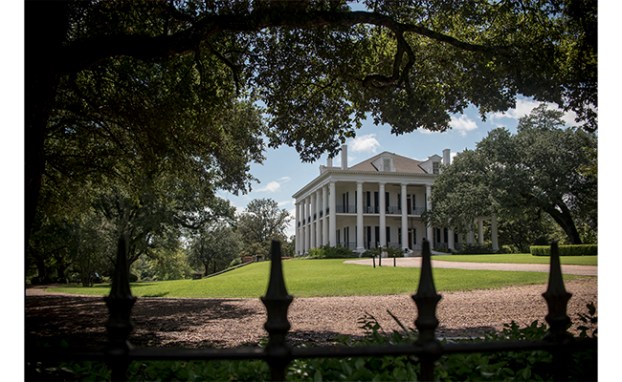 Outside of Historic Dunleith on Homochitto Street. (File photo, The Natchez Democrat)

Michael Allen Worley, 60, who owned and operated the historic house Dunleith, The Castle restaurant and Bowie’s restaurant in Natchez for a number of years, has been sentenced to 144 months in federal prison.

Worley pleaded guilty earlier this month, according to an Oct. 14 press release, was convicted of bank fraud and wire fraud and sentenced in U.S. District Court in Baton Rouge.

Worley was also ordered to pay $15,751,905.26 to his victims. He was taken into custody and remanded to federal prison following his sentencing.

As part of his guilty plea, Worley admitted to schemes to defraud banks and private equity firms by submitting multiple false and fraudulent loan applications on behalf of him and businesses he owned, operated or controlled.

Between 2014 and 2017, Worley obtained more than $27 million in new loans from federally insured banks in Baton Rouge and around the country through false and fraudulent statements and representations, he admitted to the court.

Through a similar scheme, Worley obtained at least an additional $13 million from private equity firms in Louisiana and Texas, also through false and fraudulent means.

He inflated his assets, understated and omitted his liabilities, misrepresented his income and other things, including how he intended to use the millions in loan proceeds.

In some instances, Worley and his businesses defaulted on the loans, causing the financial institutions and private equity funds to suffer financial losses of more than $15 million.

The Dunleith property has since been purchased by The J Collection, a New Orleans based hotel group, and is undergoing extensive renovations.