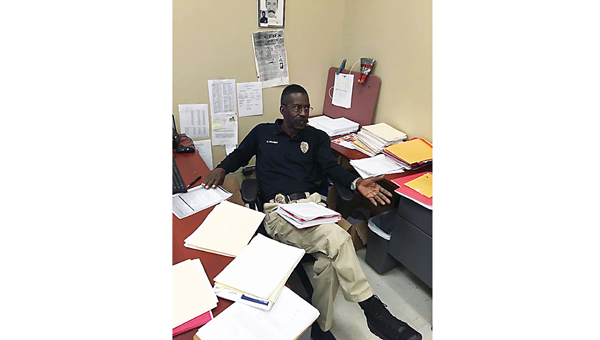 NATCHEZ — Otis Mazique, longtime Natchez police officer and “real-life cowboy” was a friend to many in law enforcement and in the community he served, according to former Natchez Police officers who worked with him.

Mazique died Wednesday at age 68 after having worked approximately 30 years with NPD, first as a patrol officer and later as a criminal investigator.

Jody Waldrop said he and Mazique attended the police academy together shortly after he was hired at the department in 1987.

“We went to the police academy together and worked in the patrol division for several years. We both became detectives,” he said. “Otis was unique and was dedicated to the community. He wanted to make it a better place, as did most of us in law enforcement. Our main goal was to solve as many crimes as we could all the way down from petty larceny to murder. Otis loved nothing more than to help someone.”

A few years after Mazique and Waldrop started at NPD, so did Craig Godbold, who now works for the Vidalia Police Department.

“I started in 1991 (at NPD),” Godbold said. “Otis was a real-life cowboy. It was nothing to find a bale of hay and some ropes in the trunk of this patrol car.”

Joe Williams, a longtime family friend of Mazique’s, said he and Mazique also had a lifetime hobby of building and racing cars together.

“He was a guy willing to help anyone and would literally give you the shirt off his back. He never knew a stranger,” Williams said. “He was just that person. We would talk every day and I will miss him dearly.”

Waldrop and Godbold recounted memories of one case where a murder-suspect barricaded himself inside a house and all of the department’s investigators — whether on the job or not — were called in to assist.

Mazique — who lived in Sibley — was too far away from his house to change clothes and answered the call anyway out of uniform while he was carrying livestock in a trailer hitched to the back of his pickup truck.

“Up rolls Otis in his boots and jeans, pulling his cows and ready to help. That is something you don’t see every day,” Waldrop said.

Roosevelt “Johnny” Baldwin said he knew Mazique from his high school days before both of them worked together at NPD. Baldwin said Mazique “weighed about 130 pounds soaked and wet,” had a mustache that covered his mouth and was “full of character.”

“He was not your run-of-the-mill type of guy,” Baldwin said, adding Mazique held a grudge for Baldwin getting the credit for arresting a house burglar that Mazique chased down for a mile on foot.

“Otis got there in time to see him jump out of the window. After he chased him for a mile, I just happened to be the one to pull up in a police car and caught him,” Baldwin said, adding the two of them also argued over sports. “He was a die-hard New Orleans Saints fan and I’m a Dallas Cowboys fan. We argued over sports for 30 years.”

Sgt. Jerry Ford, who worked side by side as a detective with Mazique for approximately 15 years, said he learned a lot from Mazique’s experience on the force.

“Otis was very thorough with his work. He took the job seriously and was very passionate about his cases,” Ford said. “… He didn’t take things lightly.”

Ford said Mazique was also very compassionate as a teacher and officer.

“He taught me a lot,” Ford said. “He was a certified investigator and attended 10-weeks of training (the Mississippi Law Enforcement Officers Training Academy). He was very knowledgeable. When I first came in as a patrolman and later when I became an investigator, people like Otis and Tom Grennell took a young person like me under their wing.

“… The things they taught me helped to develop my skills and helped me to become a better investigator. I really appreciated those older guys who offered a lot of knowledge. … The on-the-job training was more than you could get from a classroom.”

Ford said Mazique did not say a lot but was good at listening and detecting false information during an interrogation, Ford said.

“As small as Otis was, he wasn’t afraid of anyone and didn’t let anyone intimidate him,” Ford said. “He might be little in stature but he wasn’t scared. As far as in the community … I don’t know anyone in the public that can say anything negative about Otis Mazique and the work that he did. He worked his cases and he worked them with compassion. He loved his community and he loved the people at this department.” 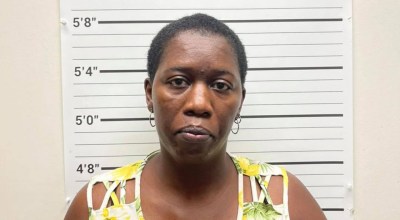