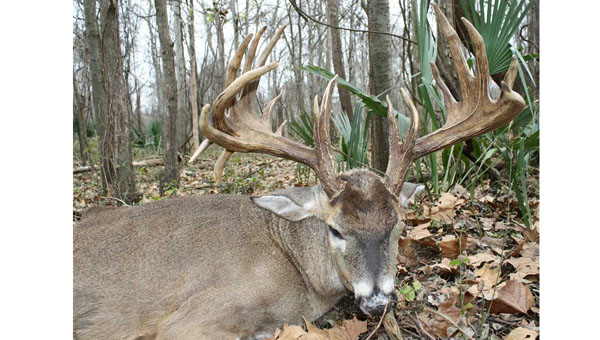 Mississippi Department of Wildlife Fisheries and Parks needs the help of hunters to determine the spread of Chronic Wasting Disease across Mississippi by the end of deer season on Jan. 31.

CWD was first confirmed to be in Mississippi in February of 2018 and it is a disease which targets Deer, Elk and other members of the Cervidae family. CWD spreads through infected prions and it takes a year for deer to show symptoms of weight loss, stumbling and listlessness.

Director of the Deer Program William T. McKinley said the more samples they receive the more MDWFP can determine how bad the outbreak is. McKinley said a five percent infected population would be manageable for the department.

“Once the prevalence exceeds five percent prevalence in the deer herd a lot of those options go away,” McKinley said. “It begins to increase exponentially. It is unlikely to get rid of it, but if you find it early and you are able to take some measures to keep the density down. You can keep it from spreading.”

January 2-3 was a mandatory Chronic Wasting Disease sampling weekend in the Southwest Region as hunters were asked to submit samples taken from deer they had harvested.

Since July 2020, only 28 samples for CWD testing were submitted in Adams County. McKinley said the MDWFP will need a lot more samples from hunters to reach Adams County’s goal of 90 samples.

CWD tests require removing the deer’s head with at least six inches of the neck attached. The MDWFP said you can remove the skull and antlers and not affect the lymph nodes. Testing will help the MDWFP figure out where outbreaks are so they can focus management efforts.

Josh Moree, Southwest Region Wildlife Management Area Biologist, said the participation for the mandatory weekend was not as high as he had hoped. Moree said people can still voluntarily donate samples to the state which is important to their goal for CWD management.

“Our goal is to minimize the spread of the disease, so if we can keep it isolated to those areas it would be great,” Moree said. “We don’t want any of it. We of course now have it, so we have to handle it as best we can, and try to keep it as isolated as possible.”

Natchez State Park manager Neil Hayes said hunters fill out information about where a deer was killed on a card and leave the sample in a freezer that is open 24/7.  The freezer at Natchez State Park is located at Campground A.

When hunters submit a CWD sample they fill out a card that has a unique number on it. In case of a positive the department will call the individual who submitted the sample and ask questions about where the deer was harvested or found, Moree said.

McKinley said this is done in order to help limit the spread of CWD. MDWFP will ask permission from landowners to go on to the land McKinley said to harvest any other deer that might have been exposed.

MDWFP has only gone on someone’s land to harvest deer after the first case was found in Mississippi because deer season had ended. Since then landowners who have a positive are given more tags in order to harvest more deer.

“The only way you can fight this disease is by taking out a positive deer before it spreads it to other deer,” McKinley said. “It has to be very targeted. We are trying to rule out on where the disease is not so we can focus on where it is.”

Tests for CWD are performed at Mississippi State University Veterinary Research and Diagnostic Lab in Pearl to determine if the deer are a positive for CWD. Positive samples are then sent to a lab in Iowa Moree said.

Two bucks harvested in Alcorn and Tippah counties are being sent to the lab for further testing, the deer are considered a suspect positive until further tests prove they are positive. Those tests are performed at the National Veterinary Services Laboratory in Ames, Iowa.

If you see a deer outside of hunting season that looks diseased, starving or acting erratically you can report the location to the MDWFP through an online form found on the Chronic Wasting Disease page.

Moree said one of the factors in spreading CWD are carcasses of animals harvested within a CWD positive zone being brought into another area. Those who submit samples of deer are helping the MDWFP Moree said.

The MDWFP also asks that if you see a person transporting a live deer in the state that you report it to the MDWFP by calling 800-237-6278.