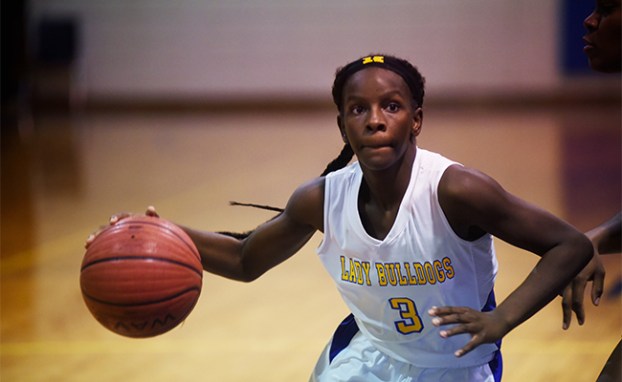 Kelsey McNeal is a senior point guard for Natchez High School and has had an explosive year offensively averaging 25 points per game. McNeal’s senior dream is to play at the Mississippi Coliseum in Jackson. (File Photo | The Natchez Democrat)

Kelsey McNeal’s senior dream is to play in state finals

Now, the senior point guard is giving one last push toward a state title.

Natchez Head Coach Alphaka Moore said McNeal was the water girl for the 2013 team. In 2016, Moore left Natchez to be a head coach in her hometown of Laurel.

McNeal said she was mad about it, but has since forgiven her. Moore said she was happy she was able to come back and coach McNeal.

“At that time leaving was not on my mind. It is just something that happened,” Moore said. “I had always looked forward to coaching them so I’m glad I could come back.”

McNeal has grown from when she first started playing in middle school. Moore said McNeal is a student of the game by how she studies film, and coaches her teammates.

McNeal’s coaching rubbed off on sophomore point guard Nyla Poole, who played a lights out game replacing McNeal, who was in foul trouble. The foul trouble caused McNeal to miss most of the second half. She said it is not typical for her to be in foul trouble because of her experience.

Moore said McNeal is the team’s leader and despite her small size, is one of the most aggressive players she has coached. McNeal is averaging 25 points per game, Moore said, and despite her absence in the second half, the Bulldogs were still able to dominate the game.

While McNeal was soft spoken, and tried hiding behind her mask in her interview, Moore said she is actually the opposite off the court. McNeal expends her energy on the businesses she has.

McNeal said she makes treats, candy apples and candy. Moore said McNeal also braids her hair, and McNeal does other people’s hair. While McNeal does not know where she wants to go to college yet, she said her major is going to be in business management.

There is one thing left for McNeal to accomplish before she graduates from high school. McNeal said she wants to accomplish her dream of playing in the state finals at the Mississippi Coliseum in Jackson.

“I have always wanted to go to the big house,” McNeal said. “This is my senior year and I have not gotten to yet. I try to stay on my team and push them to have the same goal, because I want to go.” 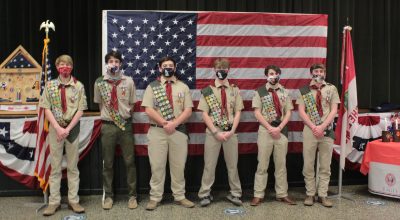