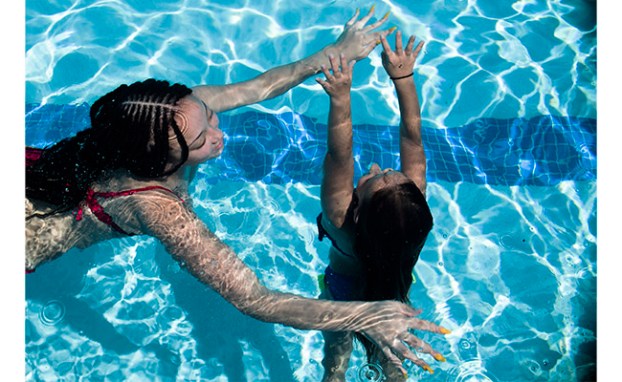 NATCHEZ — Natchez officials moved forward on their end of making improvements to the community pool near Liberty Road during Tuesday’s meeting of the Mayor and Board of Aldermen.

The scope of the project would heat and cover the pool and add an automatic chlorinator and a concrete deck extension and build permanent bleachers, showers and lockers for swim teams.

A grant from the Mississippi Department of Wildlife, Fisheries and Parks supplies half of the approximately $345,000 cost to complete the project.

The Adams County Board of Supervisors and Natchez Mayor and Board of Aldermen last year agreed to shoulder the other half.

However, the project was placed on hold due to uncertainties about the city’s financial standing after economic hardship caused by COVID-19.

Alderwoman Valencia Hall offered a motion to move forward with the pool upgrades contingent upon the Adams County Board of Supervisors agreeing to pay half of the remaining cost.

The board further discussed the cost to the city for the pool heater during a finance meeting, where officials said it could cost the city approximately $8,400 to extend the pool’s use by four months from April to October.

The board voted 3-2 to submit a request to the grant writers at the Mississippi Department of Wildlife Fisheries and Parks to extend the contract period to May 31, 2022.

Aldermen Valencia Hall, Billie Joe Frazier and Felicia Irving all voted for the project while Aldermen Sarah Carter Smith and Dan Dillard both voted against it.

Smith and Dillard said they could not agree to more enhancements to the pool while other city parks and facilities were in worse condition and would cost more money to fix.

Natchez Mayor Dan Gibson said the Board should seriously consider a bond issue for the near future that would help with funding other projects in recreation, such as restorations to the city’s tennis courts and ball fields and building a pickleball court — a sport Gibson said community athletes had an increasing interest in.

Gibson said the city was in a “good financial position” to consider a bond issue because the bond for the Natchez Convention Center would be paid in full in less than four years.

In other matters during Tuesday’s Meeting of the Natchez Mayor and Board of Aldermen, the board approved back payments owed to Natchez Inc. and the George W. Armstrong Library.

Officials said the funds were in the city’s budget to make the payments and motions to do so passed unanimously.