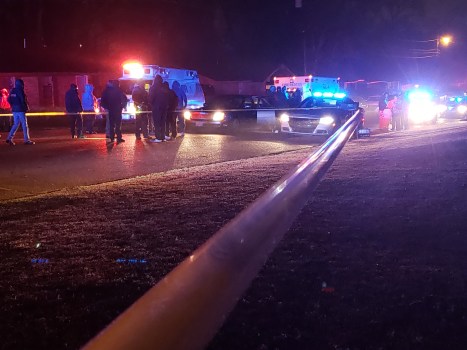 Crime tape cordons off an area of George F. West Boulevard where first responders work at the scene of a Friday night homicide. (Sabrina Robertson / The Natchez Democrat) 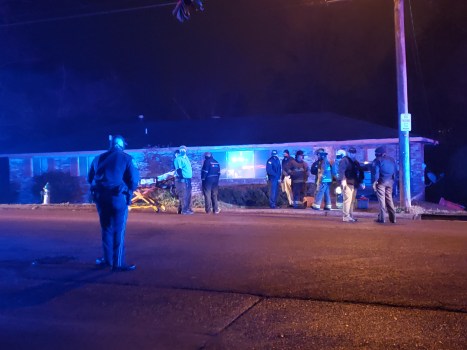 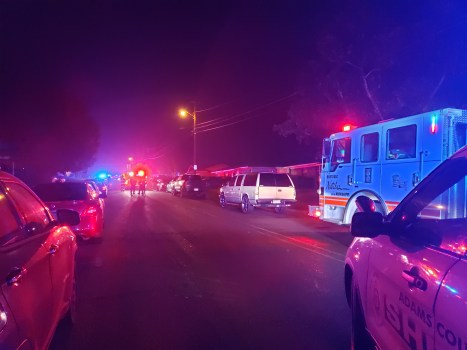 Natchez Police Chief Joseph Daughtry said police responded to a call in regard to multiple shots being fired in the area just after 8 p.m. Friday.

Upon their arrival, they found the body of a man, identified as Kendrick Smith, 24, shot multiple times and trapped under a vehicle in a driveway in the 300 block of George F. West Boulevard.

Daughtry said it is unclear how Smith’s body became trapped under the vehicle.

Daughtry said more shots were fired in a nearby neighborhood while officers were on the scene.

At 10 p.m. Friday, police were still canvassing the scene and interviewing witnesses.

Friends and family of the victim could be seen crying and yelling in the street while dozens of other bystanders stood around watching in the freezing weather as the Natchez Fire Department and other first responders worked to remove Smith’s body from under the vehicle.

“We are asking for the citizen’s help. Anyone with information can contact (the Natchez Police Department) or Crime Stoppers. We just want to help bring closure to this family,” Daughtry said. “This is a very chaotic scene. There is family here and it’s emotional, plus we’re dealing with this weather. We’ve got all hands on deck. From what I understand some of our detectives know the family which makes it even more personal.”

Anyone with information regarding the incident can reach the Natchez Police Department at 601-445-5565 or Crime Stoppers at 601-442-5000 to leave an anonymous tip.