U.S. Sen. Bill Cassidy seems ready to move on from his vote to convict former President Donald Trump in the latest impeachment trial, but Trump supporters in the state are angry, loud and not interested in letting Cassidy forget about it.

The Republican senator is sending out regular news releases and statements on a variety of topics that have nothing to do with Trump or impeachment, such as broadband internet access, student debt, coronavirus aid, hurricane recovery and the icy weather.

Meanwhile, Cassidy’s Facebook page is filled with rants trashing his conviction vote in a Senate trial that saw Trump acquitted of inciting the Jan. 6 riot at the U.S. Capitol. Critics are calling for GOP groups to ban Cassidy from their events, and local Republican organizations are continuing to condemn Cassidy. A popular Louisiana conservative talk radio host has taken to calling Cassidy “Psycho Bill” in regular screeds on his program.

Overwhelmingly reelected in November with Trump’s backing, Cassidy could face a long and difficult second term in his deep red state — if Trump remains a power player in the Republican Party, as the former president has indicated he wants. Trump remains popular in Louisiana and easily won the state’s presidential vote.

Cassidy joined six other Republicans in voting with Democrats on Feb. 13 to convict Trump in the Senate trial, the largest number of lawmakers to ever vote to find a president of their own party guilty at impeachment proceedings. But the 57-43 vote was short of the two-thirds majority needed to find Trump guilty.

Louisiana’s junior senator, Republican John Kennedy, voted to acquit Trump. Kennedy, up for reelection next year, said “the merits of the Democrats’ case were not even close.”

Cassidy said he voted to convict Trump “because he is guilty.” In a follow-up letter sent to newspapers around Louisiana, Cassidy acknowledged the vote would draw complaint.

“I have no illusions that this is a popular decision. I made this decision because Americans should not be fed lies about ‘massive election fraud.’ Police should not be left to the mercy of a mob. Mobs should not be inflamed to disrupt the peaceful transfer of power,” Cassidy wrote. “I took an oath to support and defend the Constitution.”

That explanation didn’t quell Republican outrage in his home state.

Parish GOP organizations have slammed Cassidy, with Bossier Parish’s Republican Party adopting a censure statement describing Cassidy “as an object of extreme shame” and calling for his resignation. The Republican Women of Bossier said on Facebook that it will no longer invite Cassidy to meetings or events.

The Louisiana secretary of state’s office said it received calls from people interested in trying to recall the senator. But the office was advising people that wasn’t possible, citing a 2009 Louisiana attorney general’s opinion.

Since the vote, conservative talk radio host Moon Griffon has made a pledge: “Everybody thinks this is just going to go away. If I’ve got anything to do with it, it ain’t never going away.”

In his letter to newspapers, Cassidy suggested it was time to focus on issues beyond the impeachment trial, writing: “We must now move on from this ugly chapter in our history.”

It seems unlikely Cassidy will get his wish anytime soon.

Melinda Deslatte has covered Louisiana politics for The Associated Press since 2000. Follow her at http://twitter.com/melindadeslatte. 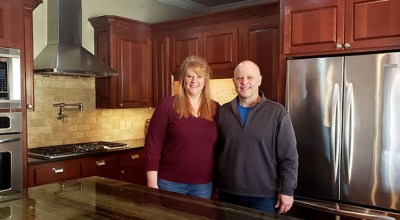