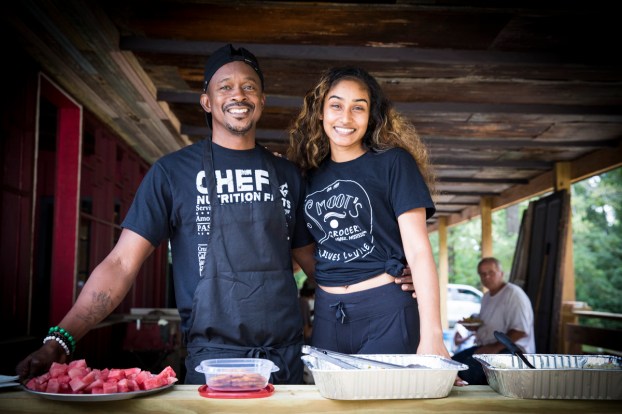 The Little Easy Cafe, Smoot’s, and Church Hill Variety Executive Chef Ashley Allen and his partner Sarah Sookraj are ready to introduce diners to their twists on classic dishes. (Ken Kochey For The Natchez Democrat)

There’s been something a-buzz for months on High Street between Canal and Broadway. Renovations have been happening. Businesses have been moving in. People are everywhere; and this coming week, we all get to have a piece of the “little easy” pie.

After purchasing Smoot’s Grocery, as well as the building that Steampunk Coffee once called home, and looking to buy the former Southwest Distributors location on High Street, Tate Taylor and John Norris’ vision to create a new and thriving cultural center in the heart of downtown became a reality.

With the addition of executive chef Ashley Allen and his partner in life and in the kitchen, Sarah Sookraj, The Little Easy Cafe, Smoot’s, and Church Hill Variety are ready to open their doors and welcome in locals, visitors and the film industry alike.

The culinary duo of Allen and Sookraj show such excitement about The Little Easy and are ready to share what they have been building and working to create for almost a year now.

Smoot’s is currently open two nights a week with live entertainment and delicious dishes, but the opening of The Little Easy is going to quickly transform this particular corner of downtown for the better.

“The Little Easy will be serving a boozy brunch sun up to sun down, seven days a week,” Allen explained. “We will have the favorites of bottomless mimosas, Bloody Marys, and southern dishes you will recognize with a different spin on each.”

Being that Allen and Sookraj are from the Caribbean’s Virgin Islands, they have worked to take those flavors they grew up with and bring them into southern cuisine. “The Caribbean and the south are very similar,” Allen said. “Here in the south, you have gumbo. In the Caribbean, we have a dish called callaloo that is very similar. It has the same idea with greens and ham hock, which can be made in a seafood, pork, or beef base. So, for The Little Easy, we could incorporate those two soups and call it a ‘gumbo-loo.’” He refers to these dishes as a different version of “six degrees of separation” between what we are familiar with and what other cultures create from the same ingredients.

A fan of chicken and waffles? You’ll love what they’ve done to create a waffle bowl that is filled with panko and pecan-crusted jerk chicken thighs and drizzled with a butter and bourbon syrup. Think you’ve had surf and turf before? Nope. You have to try Allen’s version of English Turf and Surf smoked brisket and salmon layers on top of a toasted English muffin and finished with an avocado and tomatillo salsa with pickled onions.

“I wanted to pack flavor into each layer of this particular dish. The reason we went with turf and surf is we put the beef on the bottom and the salmon on top. The layers are an oakwood-smoked brisket topped with the salmon that has been smoked in the same smoker and finished with a little lemon,” he said. “We also smoked the tomatillos that we used in the salsa, the avocado makes that smooth and buttery, and then you have the acid from the pickled onions.”

Even the English muffin has been toasted with a garlic butter to really round out the flavor combinations of this dish.

Sookraj mentioned the coffees they will offer come from all over.

“Our coffees are from different regions around the world,” she said. “One is Milano, another is Costa Rican, and we have a customized, signature brew called Crooked Coffee. Since Crooked Letter is our film company, we saw this as an opportunity to brand ourselves across each part of the Church Hill Creative group.”

With the use of local vendors and fresh ingredients whenever possible, The Little Easy will utilize everything from the Downtown Farmers’ Market to fresh seafood from the Gulf. The menu will evolve over time and introduce new dishes as seasons change and new ingredients become available.

“We’re going to keep the menu creative, fresh, organic, and sexy,” Allen added. “Our dessert is a chocolate bread pudding that we finish with the same syrup from the chicken and waffles, and eventually I plan to introduce a fried version of that recipe that the ladies are really crazy for.”

As far as what else is in store for the cuisines of Tate and John’s vision, Allen did mention Church Hill Variety, which will be located in The Depot building on the Bluff, looks to open its doors sometime later this summer. There will be a full experience in Church Hill from a bar with its own menu, an immersive, seated experience, a chef’s table, and the Church Hill Grocery, which will feature the likes of a general store and an upscale shopping experience.

“You may see items on the same shelf to fix a flat tire as fresh truffles,” he said. Of course, the fourth piece to the puzzle will tap into the entertainment side of the business once again.

Allen said he believes these new restaurants and entertainment locales will only add to the Natchez experience. With so many great places to visit already established in town, Allen thinks that the likes of The Little Easy can only enhance what visitors find when they come to town.

“We don’t want to be seen as the competition,” he said. “We’re here to be a part of what works in town and add to the community.”

With what could be an additional 200 to 300 jobs in downtown Natchez, these businesses will help locals expand their horizons in the hospitality industry and learn about culture and cuisine in a different fashion.

“Our employees will be more than just someone working as a server or a cook,” Allen said. “They will be value added to our team. Assets that we can teach and help grow personally and financially. Being that it’s four locations built into the film and entertainment business, you have three industries you can tap into.”

Who they are looking to hire will enhance their businesses but also allow the locals to really showcase their hidden talents across all of their industries.

Luckily, we can now claim Allen and Sookraj as Natchezians. They have called Natchez home since August 2020 in order to start building what we see today on High Street.

“The people are genuine,” Sookraj said. “I’d always heard about southern hospitality, and it is a real thing here. We love it here.” 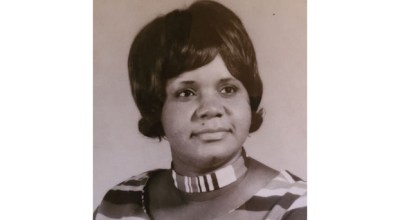 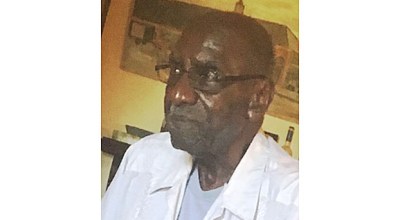 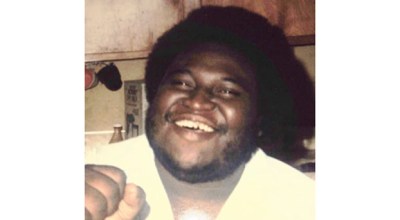