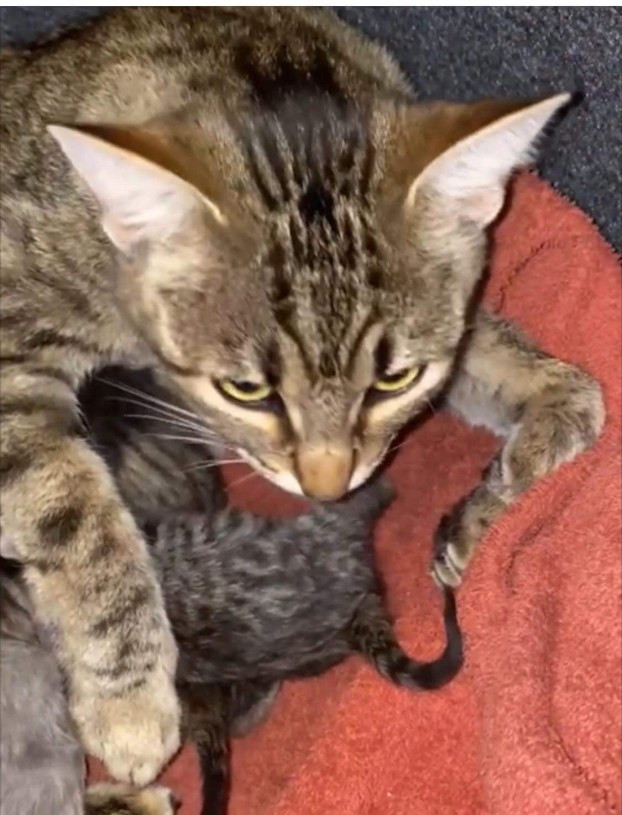 This is Cookie, the mom of the three kittens saved in the house fire. Cookie was not in the house at the time of the fire. (Photo Courtesy of Lisa Gillespie)

Lisa Gillespie said her brother Rick Gillespie suffered damage to his home in a fire Friday night in Concordia Parish off of Airport Road.

She said when she got to the burning house her nieces were crying in the car hysterically. Their three baby kittens were inside the home, so Gillespie asked the fire department to find the kittens after putting out the flames, she said in a Facebook post.

Vidalia Firefighter Drue Beach found the kittens. Concordia Parish Firefighter Walter Mackel said black soot covered the kittens, and the kittens struggled to breathe.
Mackel rendered first aid to the kittens by giving them CPR. He said you give a kitten CPR the same way you give CPR to a human. He saved the kittens’ lives with CPR after they had breathed in smoke during the house fire. He said he saved other animals before using CPR. In the moment, his paternal instincts kick in, he said.

“I know my kids would be extremely happy if someone did it for them,” Mackel said. “The firefighters, we all got kids and families. So it is the fatherhood that kicks in.”
He said getting the kittens back to the girls and seeing the smiles on the girls’ faces made everyone’s day. Gillespie thanked Mackel for his efforts in saving the kittens in a Facebook post.

“Thank you so much, Walter. You are a blessing The babies are only a few days old and the mom was outside when the fire happened,” Gillespie said. “They are all safe now. Walter had to work extra hard on one of them and requested its name to be Smoky so Smoky it is.”
Rick and Nikki Gillespie are looking for a place to rent in the Vidalia/Natchez area until their home is habitable again, Nikki said in a Facebook post. 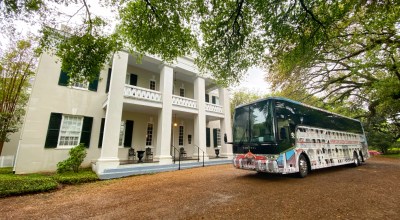