Resident grew up with carnival, retires with Pawn Shop 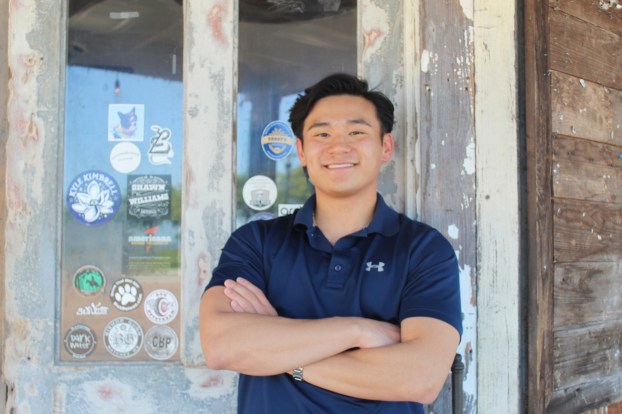 Natchez native Brian Duong drove past Smoot’s when something caught his eye, and it set off a wave of creativity.

Ideas started flowing, and he decided to pull over and take pictures of Smoot’s grocery.

His time in film school equipped him with an eye for locations. Natchez happens to be a place where there are so many locations for filmmaking, he said.

He reached out to his friend Silas Borelly, and Borelly got his friend Greyson Welch involved in the project, and it went from there, Duong said.

“It” is the first short film he has ever made Duong produced and acted in the short film “Smoot’s,” which has been in nine different film festivals since November 2020.

“I just can’t believe that four-minute, silly-dilly video we made, the festivals around America actually like it,” Duong said. “I think it turned out well, considering we only filmed for one day.”

Four years ago, he was a different person than he is today, he said. He was terrified of speaking in front of people.

He attended Ole Miss for dentistry, and after one week, he dropped out. When he got to Ole Miss, he said it was just overwhelming, and he had acting in the back of his mind.

He said he always wanted to be an actor and be in the film industry. He sat at home doing nothing before looking into film schools and decided to move to Los Angeles to pursue film at the Los Angeles campus of the New York Film Academy.

Duong said he learned a lot about the industry working on film sets, more than he did in school. He is working in Natchez on the Morgan Freeman show “Great Escapes with Morgan Freeman,” as a production assistant.

Duong’s return to Natchez was because of COVID, he said. He was going to act in a short film in New Orleans, and the day after he got to Natchez, COVID shut down everything. He did not realize how serious COVID was going to turn out to be.

He said he decided to stay in Natchez for a month, and one month turned into two or three months. He said it was a confusing time for him.

“They shut down the industry for most of the pandemic,” Duong said. “We didn’t know what to do. There were a lot of artists who were out of work, so it was scary. It has started to slowly open up, and I’m thankful for it.”

There were many times he just wanted to give up. It was his faith in God, which kept him going, he said. The most challenging moment for him came when he was in California and had to act in front of his class.

He said there was no drama club at ACCS when he was in school there, and his acting class in film school was the first time he ever acted in front of anybody. He said it was a culture shock.

“There were people who had been acting their whole lives in my acting class,” Duong said. “It was very overwhelming. How good they were, and how inexperienced I was. It pushed me to be better, but I wondered, ‘How am I going to get to that level?’ It is such a different place out there. I could spit off my balcony at my apartment and hit an actor.”

Natchez is changing into an entertainment industry-based town. The change will bring jobs, and create more opportunities for Natchezians, he said.

A 2017 ACCS graduate, he said he hopes to inspire other kids in Natchez to pursue film. Anything is possible through hard work and he said he is amazed at how much he has changed over the last four years.

“I want to inspire the kids in high school to pursue this industry,” Duong said. “You don’t have to be an actor. You can be a cinematographer. You can direct it. It is fun. It is hard work, but it is also really cool and creative.”

To watch the short film SMOOTS, go to Duong’s Facebook page or Borelly’s Youtube channel “Silas Borelly” and see his other work. Duong said people should also check out Welch’s work at greysonawelch.com.