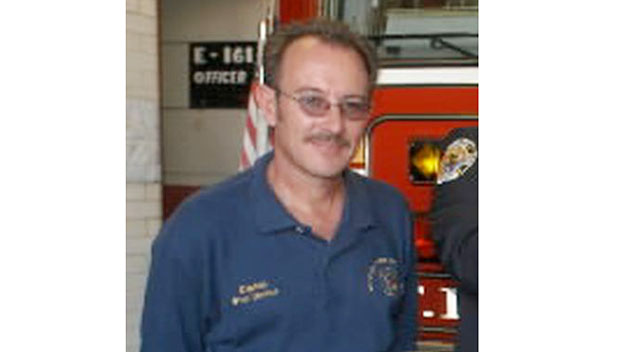 Owens and his wife, Debbie, enjoyed an outing at the Baton Rouge Zoo with all four of their grandchildren on Saturday. Owens apparently died in his sleep of natural causes, a family member confirmed.

“I am forever grateful that first he was my friend, and as a coworker, he was always in my corner and was one of my biggest supporters and cheerleaders,” said Joe Murray, former Adams County administrator. “He was extremely knowledgeable and respected throughout the state in the emergency management circle, as well as the Natchez Fire Department. I learned a lot from Stan.”

Owens, along with the late Bryant Adams and other E-911 board members, were instrumental in beginning the idea and work toward consolidation between the city and county of E-911 dispatch.

“It was a vision that neither got to see while they were actively serving, of course. Bryant passed before it happened and Stan had retired. But they started the ball rolling,” Murray said.

“Stan was very passionate about fire protection. He was very dedicated to what he was doing, be it search and rescue, emergency management or 911. His heart was in public service,” he said.

Former Natchez Mayor Darryl Grennell was serving on the Adams County Board of Supervisors when he worked with Owens.

“Stan worked as our emergency management director when I was on the county board, but I got a chance to really know Stan during (Hurricane) Katrina,” Grennell said. “He was still with the Natchez Fire Department, but was volunteering his time with search and rescue and the Red Cross. He was very dedicated to helping people. Natchez had a lot of people come here from New Orleans and he was one of the major volunteers who was helping these individuals.

“We were using the old convention center to house individuals who had come up to Natchez from New Orleans and that area because of the storm. One day, I was in the parking lot and saw Stan. He had his head down and was crying. He was really concerned about the individuals who had been displaced and lost everything. He had been working so hard. He was just overwhelmed. I told him how much everyone appreciated the fact that he had dedicated himself to helping these people and that it would get better. And it did get better,” Grennell said.

One of the many of Owens’ accomplishments was expanding the warning siren program into Adams County.

“I don’t know if you know this, but we only had about five sirens inside the city limits, and none in the county. Stan expanded that program out into the county and we have 30 sirens throughout now,” Grennell said. “Stan also was a big help in enhancing the volunteer fire program in Adams County, too. He really dedicated himself to helping save lives and property and had a passion for it. Stan Owens was a passionate public servant.”

Funeral arrangements are incomplete. Information will be updated as more is available.