Sheriff says suspect in attempted kidnapping is in custody 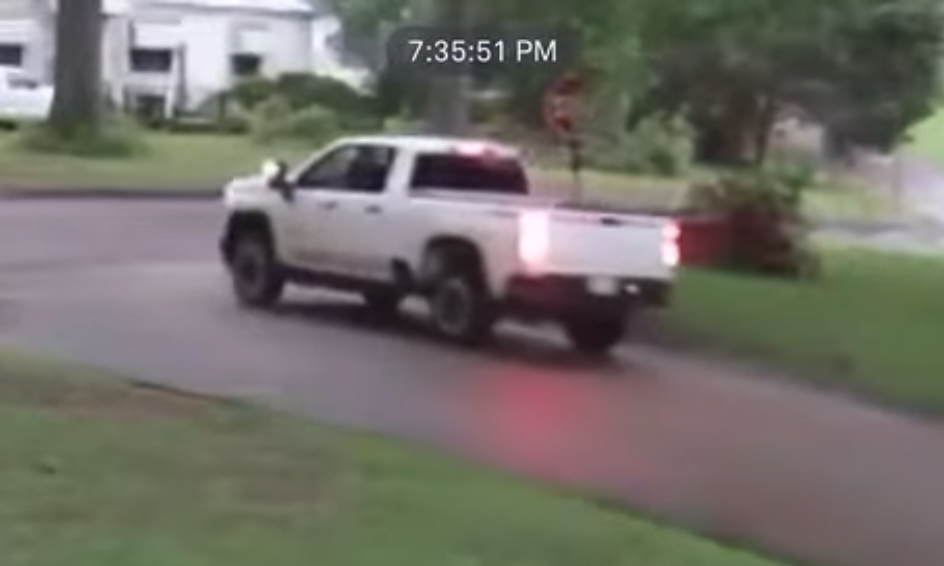 Law enforcement are actively searching for this Chevrolet truck Saturday morning in connection to an aggravated assault and attempted kidnapping. (Submitted)

UPDATE: Adams County Sheriff Travis Patten said the suspected in an aggravated assault and attempted kidnapping that occurred Friday night is in custody. He also said deputies have recovered the weapon used in the attack.

More information will be released later today, Patten said. We will report as soon as that information is available.

NATCHEZ — Law enforcement are searching for a suspect in connection with an aggravated assault and attempted kidnapping.

Adams County Sheriff Travis Patten posted on social media Saturday morning that officers are looking for a white 2019 or 2020 Chevrolet 2500 four by four truck with a bad step on one side and black and silver rims. The tag number is unknown.

A video of the truck in home surveillance footage is below.

The suspect is described as a white male, approximately 6 feet and 2 inches tall with short reddish hair last seen wearing a gray shirt with a lime green logo embroidered on it and jeans. He may also have a bite mark on his right arm and be armed with a blue revolver with a brown grip.

Patten said the suspect is considered to be extremely dangerous.