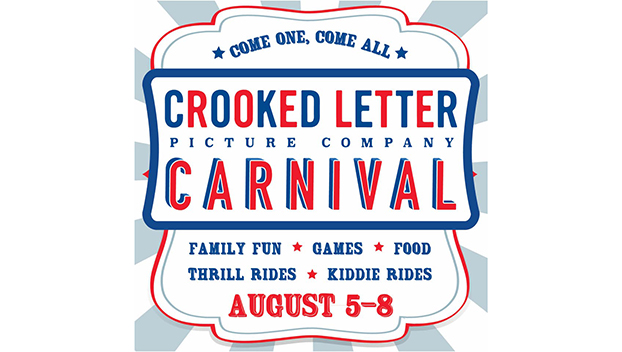 NATCHEZ — The Crooked Letter Picture Company Carnival next month will afford attendees an opportunity to walk on a movie set before the cameras start rolling.

The carnival will the set of a scene in the upcoming film “Rumble Through the Dark,” an adaptation of Oxford author Michael Farris Smith’s fourth novel, “The Fighter.”

The film is being directed by brothers Parker and Graham Phillips, who head Phillips Pictures based in New York City and Los Angeles, and features Aaron Eckhart, best known for his roles in “The Dark Knight” (2008), and “Thank You For Smoking” (2005), portraying the story’s lead character Jack Boucher.

The filmmakers have partnered with Mississippi-native producers John Norris, Tate Taylor and Cleta Ellington of Crooked Letter Picture Company to set the film in Natchez and will also be filming in parts of the Delta region.

“We thought it would be a great idea to get the carnival in early and have it set up for our community to enjoy before school starts back,” Stratton W. Hall of Church Hill Creative said. “It’s going to be good, family fun on the bluff.”

The carnival starts Thursday, Aug. 5, and lasts through Sunday, Aug. 8, on the Natchez bluff and will feature thrill rides, kiddie rides, food and games which are fun for the entire family, Hall said. Gates will be open from 5 p.m. to 11 p.m. Thursday and Friday and from noon to 11 p.m. Saturday and Sunday. To get into the carnival area is free of charge. However, attendees will need to buy tickets for individual rides, food and games, she said.

Like other events put on in recent months by Crooked Letter and partners, the carnival is also made possible by sponsors, Hall said.

Those who would like to become a community partner in the event can reach Hall at stratton@churchhillcreative.org.

“We’re really excited to offer something on the bluff the end of summer and beginning of school to celebrate our community,” she said. “Thank you to the Miss-Lou area for supporting all our recent events on the bluff. We will try our best to have some type of programming at least every other month.”