Cathedral must tap into mental toughness to beat Pisgah 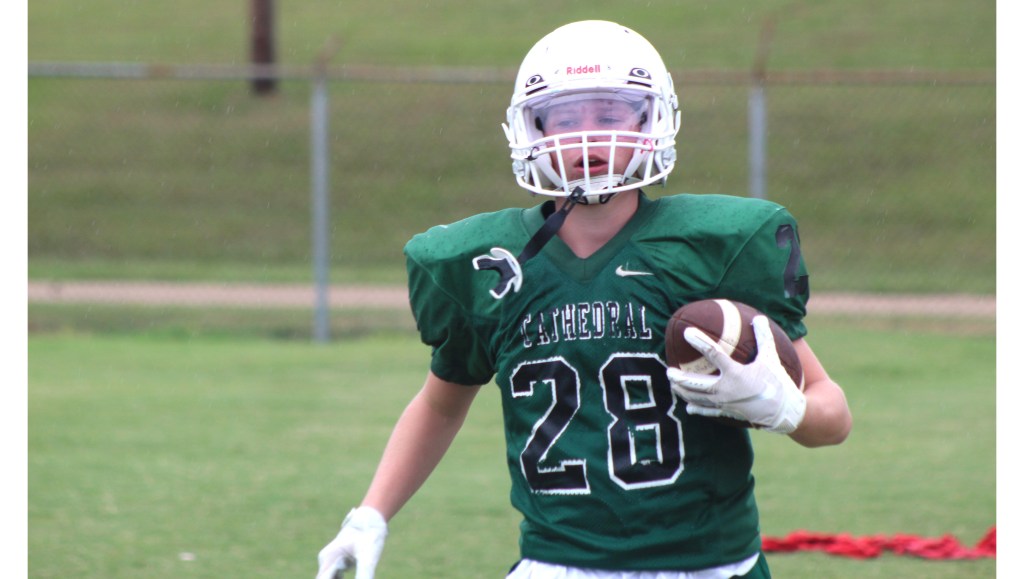 NATCHEZ — Following a comeback 21-20 win over Parklane Academy, Cathedral (2-2) hopes to show the same fortitude against its next opponent when they play host to Pisgah on Friday.

The Dragons fell to Bogue Chitto 42-20 last Friday but are a physical and aggressive team.

Cathedral head coach Chuck Darbonne said he was happy with the way his team played against Parklane.

“We were able to come through in the clutch and make some stops when it mattered,” Darbonne said. “Mentally our kids were ready for the game and could sustain the momentum we had. The way they practice now and over this summer I think it made them ready for that game situation. They were ready.”

The Green Wave will have to bring the same mental toughness when they play Pisgah.

The Dragons play a very physical brand of football and like to run downhill, he said.

He has been challenging his kids mentally and physically this week to get them prepared for the game against Pisgah. The game should be similar to their Parklane game, Darbonne said. Everything will be earned.

“We have to accept the physical challenge they will bring and win our one-on-one matchups,” Darbonne said. “We have to put ourselves in the situation to be successful and win those matchups.”

As steady rain fell during passing drills on Monday, Darbonne told his team to be prepared for the rain adding it was going to rain almost every day. It is a break from the past weeks of steady sunshine and high heat.

“I don’t know if the rain will impact the game,” Darbonne said. “This is the first time this year it is supposed to rain multiple days this week. We will get extra practice on a slippery ball and tackling while wet so we can be prepared if it does rain Friday night.”

Kickoff is 7 p.m. at Devereaux Stadium.