Kickoff between the 5-0 Cougars and the 5-1 Tigers is set for 7 p.m. MAIS Class 5A Central Hinds stunned two-time defending MAIS Class 4A state champion Riverfield Academy 43-27 last week while the Tigers needed a fumble recovery returned for a touchdown by their defense late in the fourth quarter to escape with a 26-24 win over the Wildcats.

Centreville got touchdowns in all three phases. Ben McGregor had two 16-yard touchdown runs as part of his 152-yard performance on 21 carries. Tucker Lobrano returned a kickoff 80 yards for a touchdown to start the second quarter. It may take that kind of performance for the Tigers to knock the Cougars off the ranks of the undefeated.
“We’ve had a decent week of practice so far,” Centreville assistant coach Brian Stutzman said. “We worked on conditioning on Monday. We got back to the basics (Tuesday).”

After two days of hot and humid weather to start the week, cooler weather invaded the area Wednesday and will stay that way the rest of the week.

“It’s going to be nice the rest of the week. It’s good football weather. Hopefully this weather will get the kids excited,” Stutzman said. “It’s homecoming. Hopefully we’ll be prepared and ready to play Friday night.”

Even though the Tigers put up 359 yards of total offense, had 19 first downs, and won the turnover battle last week, they were also penalized nine times for 69 yards. And that was something Stutzman said will be a main point of emphasis in practice this week in preparing for Central Hinds.

As for what to expect from the Cougars, Stutzman said. “Offensively, they’ve got a lot of really good skill people. They’ve got a solid offensive line. They get after you on defense. They’ve been running an odd front for most of the year. They’ve got good size and good speed in the secondary and at linebacker.”

For the Class 3A Tigers to pull off the upset over the Cougars, the offensive line will need to have a big game as well as the defensive front. Stutzman said the defense will have to put some pressure on the quarterback and make some open-field tackles.

Stutzman said he hopes and expects the players to be focused and ready for a big non-district game Friday night, especially with this being homecoming week.

“Homecoming’s always a distraction. Sometimes I don’t know where their minds are. This is a big game for us as far as power points (are concerned),” Stutzman said. 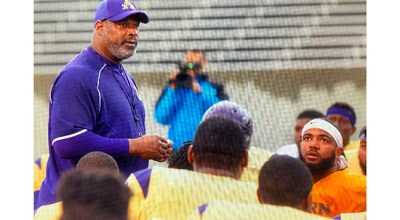 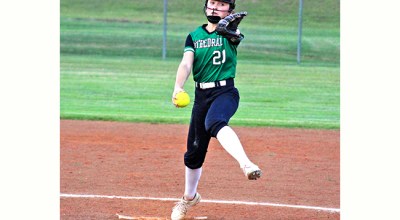