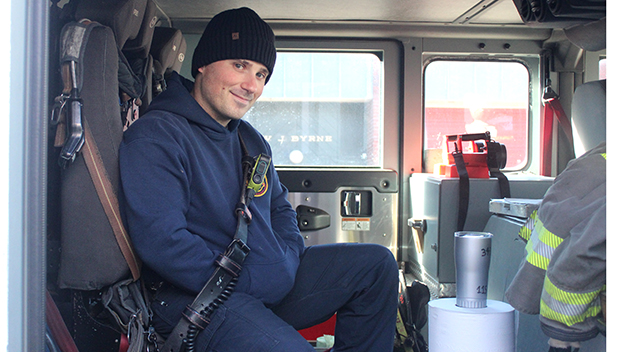 Michael Cain sits inside a Natchez Fire Department truck on Main Street across the street from the Central Fire Station where The Dart landed Friday. He was born in Natchez but lives in Claiborne County. (Hunter Cloud | The Natchez Democrat)

NATCHEZ — Michael Cain sat inside a Natchez Fire Department truck on Main Street across the street from Central Fire Station close to where The Dart landed Friday morning.

A native of Claiborne County who makes a 45-minute commute to Natchez for work, Cain said he attended Alcorn State University where he studied photography and journalism but after college he started working in construction.

For 10 years, he worked in construction until one day his friend Keon Brandon suggested he apply to be a firefighter.

“When I was a kid I wanted to be a firefighter. It never crossed my mind again until I got older,” Cain said. “It was unexpectedly put in my lap. I have now been with the fire department for two years this March.”

A typical day as a firefighter is spent ensuring the gear is ready and equipment is functional, he said. Fortunately, buildings have become more fire safe so calls have become less frequent. Some days, calls will be about a smoke alarm or carbon monoxide alarm and the next day could have a house fire or a car fire, he said.

“You have the first rush of adrenaline and then you have to focus on how you should handle the situation,” Cain said. “If there is life safety involved there are so many emotions going on. You have to try and focus on life safety, which comes first. I enjoy how you can make a difference or help someone out, whether it be a simple rescue or a wellness check. You can make a difference.”

If Cain is not at work, he is spending time with his kids, fishing or hunting. Occasionally, he will take some photos, he said. His demeanor is reserved as he holds his hands in his hoodie pockets. He chuckles when asked if he is a good cook. Chicken fettuccine is his favorite dish to make, he said.

And, for now, he’ll continue to keep making the commute from his Claiborne County home to Natchez. “This was the place I was originally born in,” Cain said. “I feel tied to it.” 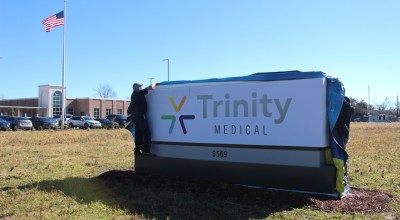 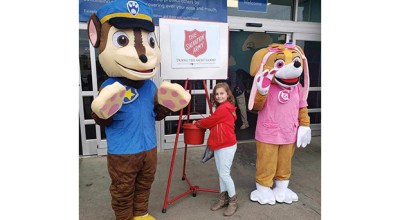