NATCHEZ — Vicksburg dominated the scoreboard in the girls and boys game against Natchez earning a clean sweep on the road. Natchez fell 72-38 in the girls’ game and 65-44 in the boys’ game Friday night.

Missy Gators Head Coach Troy Stewart said it wasn’t a statement win for his team. Instead, it was a win he could use to run more of his man vs nab offense. This season, a lot of teams have played Vicksburg with a zone defense because they know they struggle shooting the ball, he said.

“I thought we played well, and we had an opportunity to see our offense run the correct way,” Stewart said. “I’m proud of the way they finished the game. Every game this season has been tight. I’m glad we got a lead, so we could work on our offense. Natchez is a scrappy team, and they don’t go away.”

Size-wise they had a little bit of an advantage on the Bulldogs, but height-wise, both teams were evenly matched in the paint. Natchez head coach Alphaka Moore said Vicksburg was an athletic team and their athleticism and skill were the difference in the game.

Janiah Caples led the Missy Gators in scoring as she put up 17 points. Vicksburg is a tough team as they battled for rebounds and forced turnovers from the Lady Bulldogs.

Moore said her team could have shot the ball better from the free-throw line and limited turnovers in the game. She estimated their offensive misses and turnovers cost her team about 20 points.

“We need to keep getting better. We are a young team” Moore said. “I thought we kept our composure well against their press. We have a lot of youth, and I think defensively we gave the pressure we could give.”

The defensive effort was the key to victory for the Gators in the boys’ game. Vicksburg head coach Kelvin Carter said his team’s defense is the spark to his team’s offense. It gave a lot of spark in the second quarter as the Gators separated themselves from Natchez with 25 points.

“It’s always tough coming to Natchez, and we have some young guys. I thought our defensive effort was A1,” Carter said. “We had a little more of a motor than they had tonight. We rebounded well in the second half which helped us.”

His bigs Jalen Banks, Tyler Carter, and Tyreese Ford helped by stepping up their rebounding game. Those extra boards gave the offense a jumpstart, he said.

Natchez had a hard time getting out of its way by committing careless turnovers head coach David Haywood said. Natchez had a one-point lead after the first quarter. Then the game started to snowball.

“We hit a mental roadblock, and everything we went over in practice went away. Those turnovers gave them confidence,” Haywood said. “I tried calling timeouts, but I didn’t want to use them all up. We have to get back in practice and clean up the turnovers. Vicksburg is a good group of guys. We are not where we are going to be, and this gives us an idea of where we can get better at.” 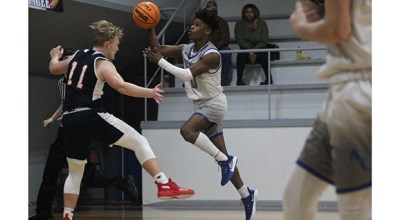 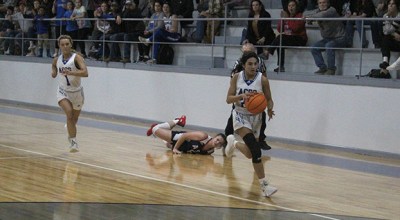 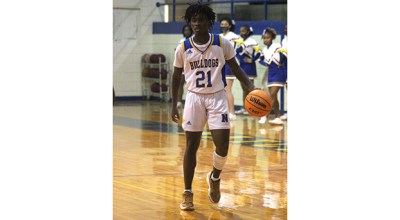