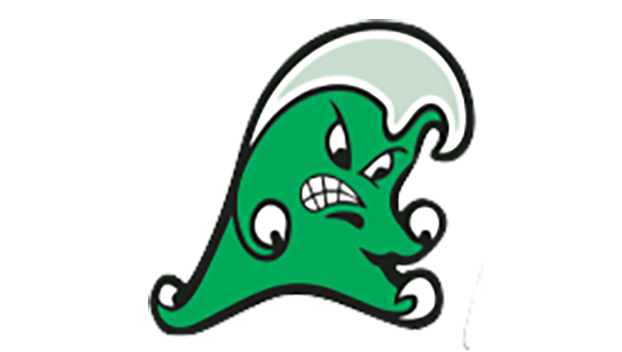 BROOKHAVEN — Noah Russ pitched five innings of two-hit ball and Jake Hairston hit a home run during a nine-run barrage in the top of the fifth inning to lead the Cathedral High School Green Wave to a 16-1 win over the Loyd Star Attendance Center Hornets Friday night at the Loyd Star Classic.

That was the second game of the day for Cathedral and a big-bounce back win after a tough 7-6 loss to Franklin County High School in six innings earlier in the afternoon.

Russ allowed one unearned run, struck out seven and walked none. Hairston led Cathedral’s 14-hit attack by going 3-for-4 with a three-run home run, three runs batted in and four runs scored. Green Wave head coach Craig Beesley was not only pleased with their performance, but others as well.

“I thought Noah pitched a great game for us. That’s the big key right now is throwing strikes. For him to go five innings with no walks is big,” Beesley said. “’That (home run) was a big hit for us. That gave us good enough cushion to enact the 10-run rule.”

Despite struggling on the mound, Riley Easterling was the lone bright spot at the plate for Loyd Star. He went 1-for-2 and scored the Hornets’ only run in the bottom of the fourth inning to make it a 7-1 game.

Easterling lasted four-plus innings and gave up 11 runs, six of them earned, on nine hits with six walks, four strikeouts, two wild pitches and was even called for a balk. Carter Holcomb came on in relief and allowed five earned runs on five hits, including Hairston’s home run, and one walk.

Russ went 3-for-5 with a double and three RBIs. Tanner Wimberly was 3-for-5 with two RBIs and two runs scored. Jack Lewis was 2-for-3 with one RBI.

“He (Russ) was swinging the bat well the whole day. We had several kids who had three hits in that game,” Beesley said. “Tanner’s been hot all year for us. He’s one of our better hitters. Hopefully he can keep it up when we get to district. I was pleased with the way we swung the bats.

Jackson Navarro and Tyler Green each had a base hit and one RBI with Gregg scoring two runs and Navarro scoring one run. Paxton Junkin was walked twice, reached on an error, and scored three runs. Zake Flattmann was 1-for-2 with one RBI. Jake Maples had one RBI and one run scored. Jacob Moore scored three runs.

With two runners on and one out, Franklin County’s No. 4 (no name given) singled on an 3-2 count against Jake Hairston, bringing in the game-tying and game-winning runs.

“It was a disappointing loss,” Beesley said. “We had a 6-0 lead in the first inning and we couldn’t add to that lead. “They started chipping away at that lead and finally caught us in the sixth inning.”

The Bulldogs’ comeback win was aided by the pitching of No. 24 (no name given), who came on in relief and pitched five and two-thirds innings of no-hit ball with 11 strikeouts and no walks.

Franklin County’s No. 23 got the start and lasted just one-third of an inning. He gave up six runs, four of them earned, on five hits with one walk and no strikeouts. He made up for that by going 2-for-4 at the plate with one run batted in and one run scored. No. 24 went 2-for-3 with one RBI and two runs scored.

The Bulldogs started their comeback with one run in the bottom of the first inning off Green Wave starting pitcher Jake Maples. He then gave up two runs in the bottom of the third inning before Mason Moore came on in relief. Maples allowed three runs, only one earned, on two hits and four walks with two strikeouts.

Hairston pitched brilliantly over his fist one and two-thirds innings and then got in trouble trying to preserve a 6-5 lead the bottom of the sixth. And the Bulldogs took advantage of the situation. Hairston was charged with loss, allowing two earned runs on two hits with three strikeouts, three walks and one hit batter over two total innings.

Hitting-wise Jackson Navarro, Tanner Wimberly, Noah Russ and Tyler Gregg each went 1-for-3 with one run scored. Wimberly, Russ and Gregg each had one run batted in. Hairston as well as Jacob Smith each scored one run while Paxton Junkin had one RBI.