NATCHEZ — Frankie G. Legaux will return to Natchez as the city planner.

Legaux served as the city’s planner from October 2012 to July 2015, when she left the city to accept a position in Pearland, Texas. 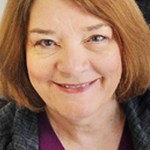 “It was simply an offer I could not refuse at the time,” Legaux said Thursday afternoon.

Natchez Mayor Dan Gibson said Legaux has many years of experience and is a certified city planner.

“She will have her work cut out for her. We are looking at so many things, like proper enforcement of our ordinances, planning codes and looking at known violations and how to reconcile those,” Gibson said.

Legaux has been in planning for more than 20 years. Originally from Mayodan, North Carolina, her undergraduate degree is in anthropology and she earned a master’s in urban and regional planning from the University of New Orleans.

She and her husband, who is a New Orleans native, have three grown children and seven grandchildren, all in the south Louisiana area — one in Prairieville, another in Kenner and another in New Orleans.

“My husband and I are now at an age where we are beginning to speak about retirement and Natchez is a great place in a great location for that. Natchez feels like a small New Orleans. The two cities have so many commonalities,” Legaux said.

She begins her work in Natchez on Wednesday, June 2.

Legaux plans to spend some time next week learning where the city has come in the last few years in terms of planning.

“I want to sit down and talk with the mayor. I know he has a number of things we need to do. And I know Natchez has a new plan for its downtown area and wants to create a medical district in the area of the hospital,” she said.