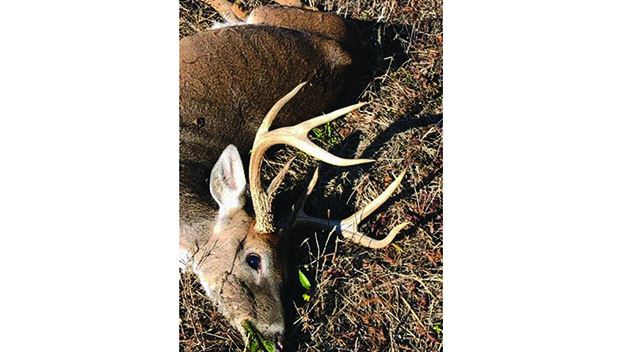 SARDIS — Russ Walsh, chief of wildlife with the Mississippi Department of Wildlife, Fisheries, and Parks, had a few updates on Chronic Wasting Disease at Wednesday’s June 2022 Commission meeting. MDWFP added four new counties to the CWD management zone, and the commission voted to amend the CWD management plan.

Walsh said positives detected within 10 miles of Claiborne, Tishomingo, Prentiss and Lafayette counties moved them into the CWD Management Zone.

Claiborne, south of Warren County, was moved into the zone not because of the two positives found near the border of Issaquena County this year but because of a positive case in Tensas Parish.

Louisiana’s first positive case of CWD in Tensas Parish was detected one mile from Davis Island in Claiborne County. This stretch of Mississippi soil was on the left side of the river and is six miles from the right bank of the Mississippi River.

Being placed in a management zone means landowners and hunters in Claiborne County can not have mineral sites such as salt licks or supplemental feeders. There is also a ban on carcass transportation.

“There is no elimination of Chronic Wasting Disease, so we have to mitigate the disease,” Walsh said. “This plan is what other states have done. Warren and Issaquena County are nearby, and they have had a positive. One buck we tagged with a radio collar in Issaquena crossed the river and traveled 18 miles, and a doe traveled 22 miles.”

CWD Positive deer could swim across the Mississippi River from Louisiana to Mississippi or vice versa and spread the disease. Louisiana decided to place Franklin, Madison and Tensas parishes in both a feeding and carcass export ban in their reaction to the first CWD case.

There were some questions about food plots and the difference between having them and a feeder. Walsh told the commission a supplemental feeding ban does not prevent deer from spreading CWD. It does limit the concentration of deer in an area.

District 1 Commissioner Bill F. Cossar proposed an amendment to the Commission’s CWD Management Plan to provide an exit plan for counties in the CWD management zones. This amendment would move counties out of the management zone if they go three years without a detected positive.

“Right now we have no exit ramp for these counties in the management zones,” Cossar said.

His amendment passed 4-1 and is effective immediately. Some counties in the management zone may move out because they haven’t had a positive in three years or have not had one within 10 miles of the county line for three years. MDWFP expects to release a map of the new management zones on July 1, 2022.

Chronic Wasting Disease is a disease in White-Tailed Deer, Elk, and Mule Deer. CWD is caused by a contagious prion. For some deer, it could take a year or more to develop symptoms. Those symptoms are drastic weight loss (wasting), stumbling, listlessness, and other neurologic symptoms. Infected animals shed prions through saliva, feces, blood, and urine.

At this time, there is no evidence that suggests CWD poses any risk to humans. However, hunters are advised to not consume any meat from a CWD positive deer.