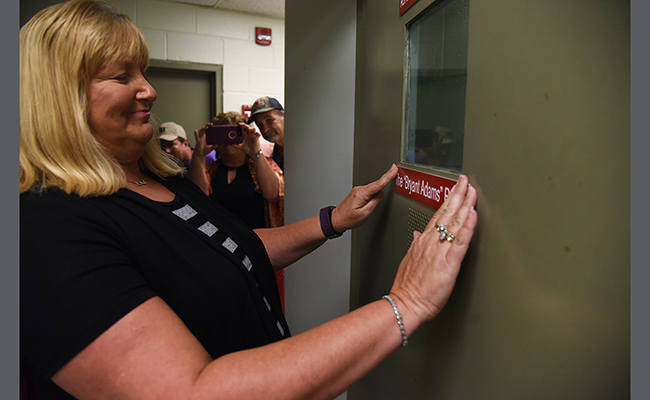 NATCHEZ — During his report at the Tuesday meeting of the Mayor and Board of Aldermen, Mayor Dan Gibson called out what he said are “rumors” included in an opinion column Adams County Sheriff Travis Patten published as a Top of the Morning in the Sunday, Aug 7, edition of The Natchez Democrat. 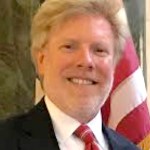 The city and county have been at odds over where to relocate the E-911 dispatchers, who are now located in the basement of the Adams County Jail and work in an area where rainwater and raw sewage are said to run down the walls and mold and mildew abound. 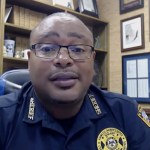 Some county personnel and officials want to purchase a standalone building in which to relocate the dispatchers. The city has proposed what seems to be a less expensive resolution of moving the dispatchers into available space in the Natchez Police Department.

Gibson gave a report on last week’s joint meeting of the Mayor and Board of Aldermen and the Adams County Board of Supervisors.

“It was a good joint meeting and we are so proud of the progress being made between our city and our county in regard to our airport, and that was the predominant focus of that meeting,” he said.

Also discussed at the meeting were the location of the E-911 dispatchers and the Natchez community swimming pool. At the joint meeting, both entities agreed to appoint members to a joint committee that would hash out and propose solutions to both issues.

“That very day we offered the names of the people we appointed to the committee and have thrown out dates for a meeting. We hope the county is responding by throwing out dates and hope those meetings will begin soon,” Gibson said.

He also said the city is not trying to force a situation, but offered a proposal that city officials think is more efficient and affordable. However, he said Adams County Sheriff Travis Patten’s article included mistruths, including a statement that the current police department has roof leaks and that snakes have invaded the building.

“We have gone back and talked to personnel who have worked in that police department, and going back a couple of years, we can find no one who can substantiate that comment,” Gibson said. “Further Mr. (Jody) Rudder confirmed that during his nine years in serving the city as our building inspector, not one incident of a roof leak has been reported at the police department.

“So whatever was said about trash cans filling up with water, that must have happened on someone’s watch many, many years ago,” Gibson said.

He also refuted any issue of snakes invading the Natchez Police Department.

“We can laugh about it, but it’s important that when you put these items in print and claim them as fact, that the truth be told. Facts are stubborn things,” he said. “It is time for us as people to return to the better angels in our nature.”

Gibson said he hopes the two entities have a desire to work together in good faith.

“It is important that we look at all sides of the situation, and look at the financial condition of the city…It’s important that we rectify this bad situation. The move in 2016 was not a wise one, to move this into a basement where they have water and raw sewage leaking down the walls and mold issues. That should never have happened.

“We agree there is a need to move to a better situation and a better location, but we have to do it in a way that we can continue to do the things that we need to do for the city. We have provided pay increases. We are about to make improvements to the convention center and the city auditorium and the police department and the fire department. We are making $6 million in improvements to our streets, and we are doing all of this without raising taxes. We will do everything we can within our means, just as any family does. It is important that we be very careful when we are spending money and we don’t want to put ourselves in a position of having to raise taxes.”

Patten, in response to Gibson’s comments, said he worked at the Natchez Police Department from 2000-2004 and the building’s roof did leak.

He also said the person who removed a snake from the police department building is currently a sheriff’s deputy. “You can ask him about that,” Patten said.

Patten said he has not heard any more about a committee meeting made up of representatives from the city, county and E911 since the joint meeting last week.

“There was discussion recently of the possibility of getting the Armory building that was going to be coming up for sale. That building has the space to hold dispatchers and E911 staff. It is fenced in already. It is built to standards to withstand tornadoes and other forces of nature. It has enough parking for all of the employees and it is centrally located in the center of town.  That would allow it to be a separate entity and away from the ACSO, NPD and NFD,” Patten said. “And, it could possibly grow into a real-time crime center.

“This would allow us to continue to work in unity and not disband the collaborative effort efforts that have already taken place with E911 and allow for us to grow and move forward.”