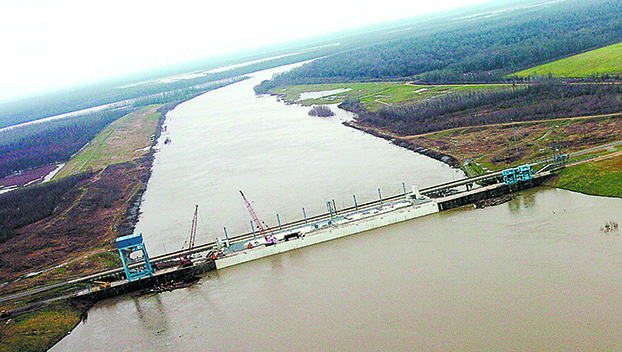 The town of Vidalia receives royalties for the sale of power produced by the Sydney A. Murray Jr. hydroelectric plant. (File Photo | The Natchez Democrat)

VIDALIA, La. — Vidalia officials will soon host town meetings for community input on how they should spend excess hydroelectric royalties from power sold by the Sidney A. Murray Jr. Hydroelectric Station.

One of the big line items for the fund is finally completing Polk Park, a recreational area adjacent to the Vidalia municipal complex.

An initial rendering for Polk Park was done back in 2011. Officials have since revisited and revised that design based on community interests to include a skate park, disk golf course, walking and bicycle trails and a splash pad as well as three to four pavilions and four playground areas.

Vidalia Mayor Buz Craft said during Tuesday’s aldermen meeting the town is open to other ideas and is prepared to hear them at meetings set for 6 p.m. Monday, Aug. 15 and Aug. 22. at Vidalia Town Hall.

“If there is something you’d like to see us do, bring it up,” he said.

In other matters during Tuesday’s meeting of the Vidalia Mayor and Board of Aldermen, the board unanimously awarded a contract to T.L. Construction for $558,225.75 for street improvements. The project includes resurfacing of Lee and Dotson streets, the end of Dogwood Street at the turnaround area, North Magnolia and Plum streets.

Peach and Myrtle streets are on the list for the next round of street projects, Craft said.

The board also unanimously awarded a bid to Camo Construction for drainage projects along Concordia Avenue. The total cost is $756,629.25, the lowest of three bids on the project. Craft said the other two bids were around $800,000 and $900,000.

The project will replace a culvert on Concordia Avenue, clean and new drainage canals that should stop the area from flooding, he said.