Whispers of whiskers: Catfish to become the new sport lunker? 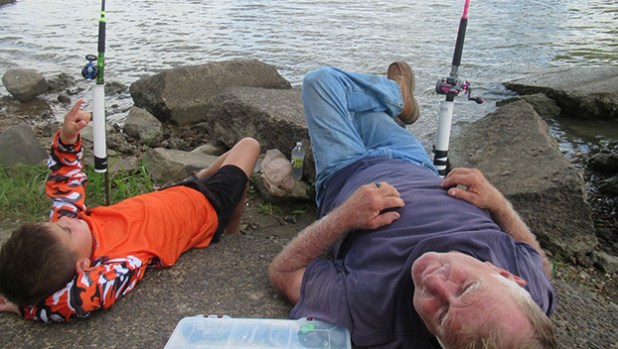 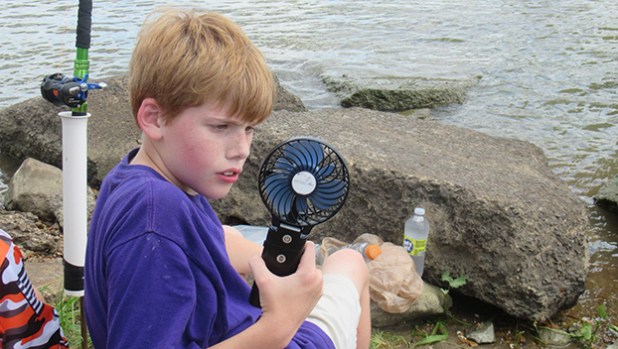 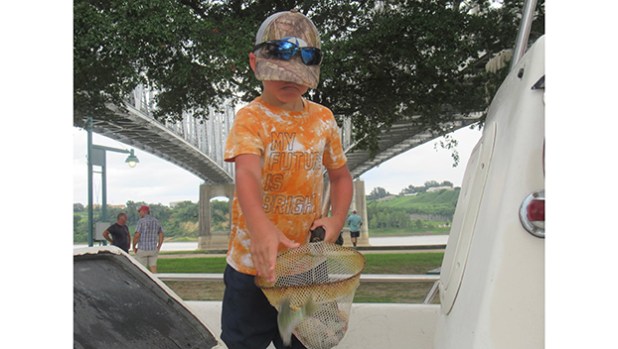 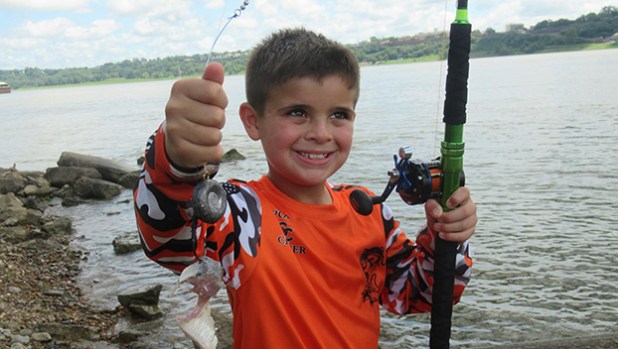 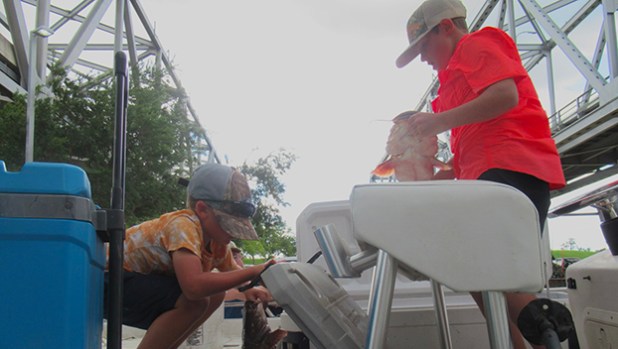 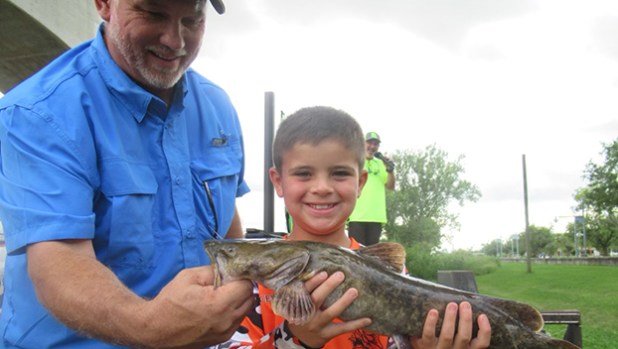 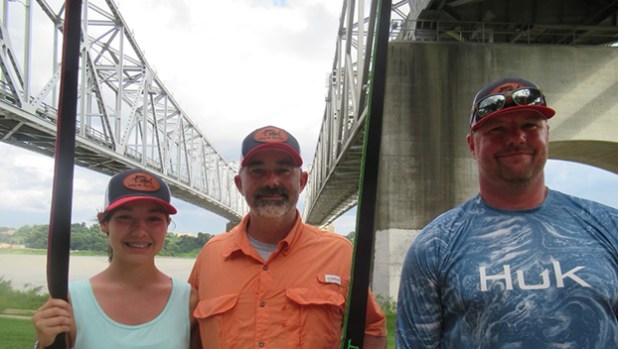 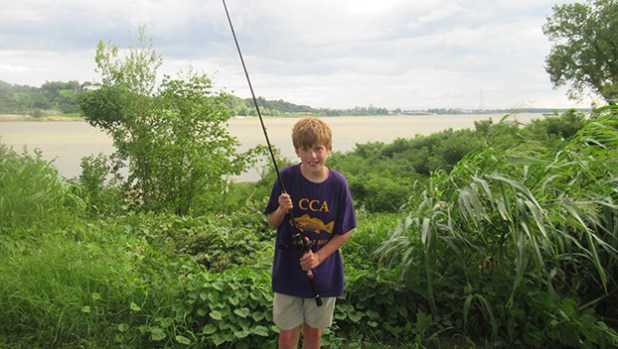 Braxton Hicks with a new, and his first, rod from the giveaway. (Maia Bronfman | The Natchez Democrat)

VIDALIA, La. — Allan Pettis tried to convince his grandson, Levi Fitt, that the bloody shiner lying on the rock under the twin bridges was Japanese sushi. The noontime sun was blocked by the bridge, so the fish scraps hadn’t begun to truly rot yet.

“Want something to eat?” Pettis said.

But Levi just wriggled and scrunched his face, then went up the Vidalia riverbank towards Minneapolis to throw rocks at pigeons.

Keisha Fitt, Levi’s mom, stayed by their rods with crossed lines that sunk into the river. They were hunting for bottom feeders during the Miss-Lou’s first Rod N’ Reel Catfishing Tournament on Aug. 13, hosted by Redneck Adventures and pioneered by Levi’s dad, Billy Fitt.

Levi’s twin brother, Leighton, had also left his line unattended. He was down the river towards New Orleans helping a couple, not in the tournament, unsnag their line. But they were too close to the boat ramp, Keisha said. They would just get stuck again.

Braxton Hicks came up and down the boat ramp with a handheld fan but no rod. His father, Bobby Hicks was the broadcaster and was working behind a technical setup near a bridge pylon at the top of the ramp.

Braxton couldn’t fish without a rod, but he sat with the Fitts while they waited on their line, sharing his fan with Levi.

Something took a chunk out of Levi’s bait but didn’t catch on the hook. Maybe they needed big worms instead of fish scraps. With the size of their hooks, nightcrawlers would be the only option, Keisha said.

Eventually, they left their lines, but not to go for bait. Levi and Leighton took to stage near the pylon for broadcast periods between ads. Keisha and Pettis sat nearby, listening to the on-stage antics of the seven-year-olds and Jimmy Allgood, or “Jim Bob.”

“And how long did it take you to grow to eight feet tall?” Allgood asked Levi above the drone of overhead traffic and a generator, which powered the broadcast.

At the next ad break, Keisha took the twins home for a two-hour nap before the final weigh-in at 5 p.m.

Nine teams of four or less gathered for the conclusion of the tournament. It wasn’t the scale of the bass fishing tournaments Allgood typically hosts, nor were the winnings as extravagant.

The giveaway was generous though, since he had slightly overshot an estimate for the number of participants.

“Like with barrel-riding and squirrel shooting, everything will become competitive,” said co-host Charlie Anderson. The bass sport and the catfish sport are just at different developmental stages.

With catfishing, there’s more brutality. It’s rough. The water is different. You are fighting the elements, he said.

“Or even jazz,” Anderson added.

Catfishers drive the same trucks but attached to the ends of them might be small aluminum rigs no more than $30,000.

Shelby Carrington and her father Casey Carrington out of Forrest Hill, Louisiana, won as a team with Jason Hippler of Toledo Bend, Louisiana.

Casey and Hippler returned home from a rig off the coast of Colombia, near Cartagena, in early August. They’d never fished competitively before but hit gold just south of their launch point near three rivers.

“We were close to a dam, and these people were warning us to back up. So, we started moving and we ran across it,” he said.

It was a school of a hundred or so catfish, not bottom feeding like usual. The team saw them all through their Garmin LiveScope, 40 feet suspended from the 75 feet bottom.

Shelby caught the heaviest fish, 29.35 pounds just as they were about to pack up in the early afternoon. It was enough to secure first place by 7.55 pounds.

The poles Allgood handed out to the winners were hybrid. They were not quite offshore, and not quite bass.

Below are the results of the inaugural Rod N’ Reel Catfishing Tournament on Saturday.